After reading through this year’s nail-biting thriller entries, the judges of the CWA Ian Fleming Steel Dagger have announced the 2016 longlist, comprising of their ten favourite thrillers published in the UK this year.

The Crime Writers’ Association Dagger Awards recognise the best crime and thriller writers in the UK each year, including awards for non-fiction, historical thrillers and debut writers.  The CWA Ian Fleming Steel Dagger aims to find the best thriller novel every year, and Ian Fleming Publications Ltd. established the prize as a tribute to Ian Fleming’s great contribution to the genre. In his article ‘How to Write a Thriller’, Fleming put forth his ideas on what makes a successful thriller, and we still use the criteria he came up with to judge the submissions for the Ian Fleming Steel Dagger Award.

‘There is only one recipe for a best-seller and it is a very simple one. You have to get the reader to turn over the page.’

Ian Fleming, How to Write a Thriller

So without further ado, and in no particular order, here is the 2016 CWA Ian Fleming Steel Dagger Longlist. Bone by Bone by Sanjida Kay

Make Me by Lee Child The American by Nadia Dalbuono The Cartel by Don Winslow

The English Spy by Daniel Silva The Hot Countries by Timothy Hallinan Agent in the Field: Anthony Horowitz Read more
Next 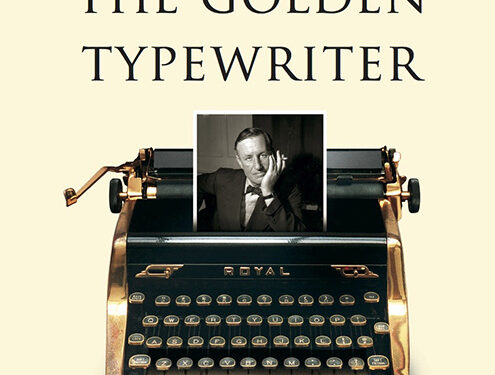 An Apology to Mrs. James Bond from The Man with the Golden Typewriter Read more