We are thrilled (pun always intended) to announce the longlist for the 2020 CWA Ian Fleming Steel Dagger Award!

Since 2002, The Steel Dagger has honoured the very best thriller writing published every year – and this year’s longlisted titles showcase thirteen authors  at the very top of their game.

Fleming famously said there was but a single necessity for a good thriller: ‘one simply has to turn the pages’. Accordingly, eligible titles may be set in any time period, and run the gamut from noir spy fiction to action-adventure stories to psychological thrillers. Past winners include Gillian Flynn and Robert Harris – to see the full list of previous winners, visit the Crime Writers’ Association website.

Linda Stratmann, Chair of the CWA, said: “Crime novels, stories and non-fiction can be social commentary, entertainment and escapism, an exploration of human nature and reflections of a nation’s psyche. The talent in these longlists demonstrate why crime is the UK’s most popular and enduring genre.”

Stay tuned for the shortlist announcement later this summer. And in the meantime, make sure to add the following longlisted titles to your lockdown reading list…

There is a dark side to MI6 that needs men like Elliot Kane – mercurial, inquisitive, free floating. He’s spent fifteen years managing events overseas that never make the papers, deniable and deeply effective. Kane is a ghost in his own life, picking up and dropping personalities as each new cover story comes into play. But when a woman he loves, Joanna Lake, vanishes without a trace in Kazakhstan, he is forced centre stage. Drawn ever deeper into a realm of deception, Kane moves from merely infiltrating events to steering them. He’s used to a new mode of hybrid psychological warfare – but snowbound Kazakhstan presents unique challenges. Poised between China, Russia and the West, dictatorship and democracy, state intelligence and an increasingly powerful world of private agencies, it’s impossible to work out who is manipulating who. And Kane’s not the only one trying to figure out where Joanna Lake has gone or what she learned before disappearing. Unable to trust anyone, hunted by his own colleagues, and with the life of someone he loves at stake, Kane needs to work out who is driving events, and why…

As the country bakes under the relentless summer sun, a young doctor is found brutally murdered at his home in a picturesque Cambridgeshire village. Is his death connected to his private life – or his professional one? Dr Joshua Ainsworth worked at an all-female detention centre, one still recovering from a major scandal a few years before. Was he the whistle-blower – or an instigator? As Detective Sergeant Ferreira and Detective Inspector Zigic begin to painstakingly reconstruct Dr Ainsworth’s last days, they uncover yet more secrets and more suspects. But this isn’t the only case that’s demanding their attention – a violent criminal has been released on a technicality and the police force know he will strike again: the only question is who will be his first victim…

When successful journalist Marshall McEwan discovers that his father is terminally ill, he returns to his childhood home in Bienville, Mississippi – a place he vowed to leave behind forever. His family’s newspaper is failing; and Jet Turner, the love of his youth, has married into the family of Max Matheson, one of the powerful patriarchs who rule the town through the exclusive Poker Club. Bienville is on the brink of economic salvation, in the form of a billion-dollar Chinese paper mill. But as the deal nears completion, two murders rock the town to its core, threatening far more than the city’s economic future. Marshall and Jet soon discover a minefield of explosive secrets beneath the soil of Mississippi. And by the time Marshall grasps the long-buried truth about his own history – and the woman he loves – he would give almost anything not to face it.

They thought it was contained. They were wrong. After decades underground in a forgotten sub-basement, a highly mutative organism – capable of extinction-level destruction – has found its way out. Only Pentagon bioterror operative Roberto Diaz can stop it. With the help of two unwitting security guards, he has one night to quarantine this horror, before it destroys all of humanity.

You go into your son’s bedroom. It’s the usual mess. You tidy up some dirty plates, pick up some clothes, open the wardrobe to put them away. That’s when you find it. And you realize a horrifying truth…Your own son might be dangerous.

A loyal street lieutenant to New Orleans’ mob boss Carlos Marcello, Guidry knows too much about the crime of the century: the assassination of President John F. Kennedy. Within hours of JFK’s murder, everyone with ties to Marcello is turning up dead. Suspecting he’s next, Guidry hits the road to Las Vegas. When he spots a beautiful housewife and her two young daughters stranded on the side of the road, he sees the perfect disguise to cover his tracks from the hit men on his trail. The two strangers share the open road west – and find each other on the way. But Guidry’s relentless hunters are closing in on him, and now he doesn’t want to just survive, he wants to really live, maybe for the first time. Everyone’s expendable, or they should be, but Guidry just can’t throw away the woman he’s come to love. And it might get them both killed.

DCI Harry Virdee has just enough time to get his son and his mother to safety before the bomb blows. But this is merely a stunt; there is worse to come. A new and aggressive nationalist group, the Patriots, have hidden a second device under one of the city’s mosques. In exchange for the safe release of those at Friday prayers, the Patriots want custody of the leaders of radical Islamist group Almukhtareen – the chosen ones. The government does not negotiate with terrorists. Even when thousands of lives are at risk. But Harry’s wife is in one of those mosques. Left with no choice, Harry must find the Almukhtareen, to offer the Patriots his own deal. Because sometimes the only way to save lives, is to take them.

Alone, trapped in the darkness and with no way out, Bart Campbell knows that his chances of being found alive are slim. Drugged and kidnapped, the realisation soon dawns that he’s been locked inside a shipping container far from his Edinburgh home. But what Bart doesn’t yet know is that he’s now heading for France where his unspeakable fate is already sealed… DCI Ava Turner and DI Luc Callanach are working on separate cases that soon collide as it becomes clear that the men and women being shipped to France are being traded for women trafficked into Scotland. With so many lives at stake, they face an impossible task – but there’s no option of failure when Bart and so many others will soon be dead…

You are not the first and you will certainly not be the last. Victim. Survivor. Abductor. Criminal. You will become each one. Your phone rings. A stranger has kidnapped your child. To free them you must abduct someone else’s child. Your child will be released when your victim’s parents kidnap another child. If any of these things don’t happen, your child will be killed. You are now part of the chain.

London 1667. In the Court of Charles II, it’s a dangerous time to be alive – a wrong move could lead to disgrace, exile or death. The discovery of a murder at Clarendon House, the palatial home of one of the highest courtiers in the land, could have catastrophic consequences. James Marwood, a traitor’s son, is ordered to cover up the murder. But the dead man is Edward Alderley, the cousin of one of Marwood’s acquaintances. Cat Lovett had every reason to want her cousin dead. Since his murder, she has vanished, and all the evidence points to her as the killer. Marwood is determined to clear Cat’s name and discover who really killed Alderley. But time is running out for everyone. If he makes a mistake, it could threaten not only the government but the King himself…

Wynn and Jack have been best friends since their first day of college, brought together by their shared love of books and the great outdoors. The adventure of a lifetime When they decide to take time off university and canoe down the Maskwa River in northern Canada, they anticipate the ultimate wilderness experience. No phones. No fellow travellers. No way of going back. A hellish ride. But as a raging wildfire starts to make its way towards them, their expedition becomes a desperate race for survival. And when a man suddenly appears, claiming his wife has vanished, the fight against nature’s destructive power becomes entangled with a much deadlier game of cat and mouse.

Fifteen years ago, a serial killer known only as ‘The Whisper Man’ wreaked havoc on the sleepy village of Featherbank. But with the killer behind bars, the village is now a safe haven for Tom and his young son Jake to make a fresh start. Until another boy goes missing. It feels like history is repeating itself. Could the killer still be out there – and can Tom protect his son from becoming the next victim?

THIS IS GOMORRAH. An exclusive online marketplace where anything and everything is for sale. Guns and porn. Identities and elections. Lives and deaths. THIS IS HELL. The war on terror is no longer just fought on the ground. In Syria, Islamic Republic recruits are now learning to spread fear online. But they’ve left a clue to their deadly next move… THIS IS THE MAN WHO CAN STOP THEM. Lonesome hacker Azi Bello is nobody’s idea of a hero. Except his skills have caught the attention of a mysterious espionage unit, who think he might have what it takes to stop this evil force. Sent on a mission which could cost him his life, Azi’s ultimate destination is Gomorrah. But can he make it out alive? 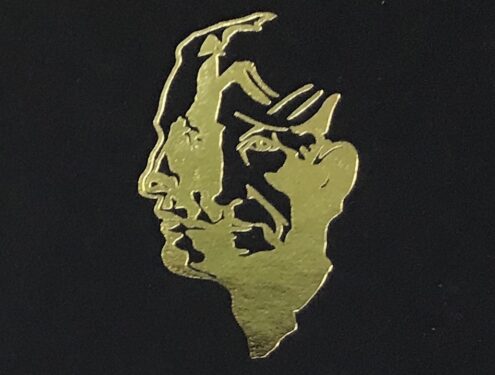 Ian Fleming – The Notes, by John Pearson Read more
Next 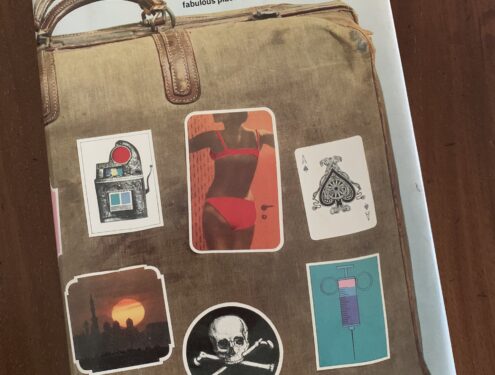