Agent in the Field: Martin Jarvis

For the first Agent in the Field interview of 2017, we talk to Martin Jarvis – actor, director and producer – whose most recent work in the James Bond world is the BBC Radio 4 production of Thunderball. He also lent his voice acting talents to the audiobook of You Only Live Twice, and his company Jarvis & Ayres has now produced radio drama adaptations of six of Ian Fleming’s original James Bond novels.

When did your interest in producing for radio begin? What was it about the medium that inspired you to produce your own dramas?

Martin: A life-long interest in radio drama. At first as a child, enjoying adventure serials on radio – Journey Into Space and Dick Barton Special Agent. Great stories and exciting spring-boards to the listening imagination. Then as an actor, recording all kinds of plays and comedies in BBC radio studios (and writing some of them) taught me the basic techniques of creating drama for radio. ‘Movies in the mind’. It seemed only natural that Jarvis & Ayres Productions should start to offer the BBC specially produced plays (and comedies) for the medium. Delighted to say that BBC saw the force of this too. Rosalind Ayres and I have now produced hundreds of programmes ranging from plays, series, serials and readings, as well as ‘big’ dramas for Radio 3 and 4. And, we’re pleased to say, six James Bond feature-length ‘radio-screenplays’, plus more than one hundred ‘Just William’ solo readings. We have also directed and/or performed numerous productions for National Public Radio in America.

How did you decide upon the Bond books as a series to adapt and produce?

Martin: At the suggestion of Lucy Fleming (Ian’s niece) Eon, the rights holders, gave permission for a production. They suggested we produce Dr No as a one-off to celebrate Ian Fleming’s centenary. There was no question of doing more than just that single dramatisation. However it went so well with the Radio 4 audience – Toby Stephens a perfect 007 and David Suchet a brilliantly authentic Dr No – that Eon asked if we might like to produce another of the titles. Of course! It was suggested that Goldfinger might be fun – and so it turned out, with Ian McKellen inhabiting the role with great wit and brilliance – and a fine Latvian accent!

What do you think it is about Fleming which makes it so well suited for the radio drama format?

Martin: As well as his understanding of the complex world of espionage, Fleming has great and graceful narrative skills. In his travel writing he was always able to evoke the colours, scents and atmosphere of exotic locations, and this he did equally compellingly in his novels. The scenarios are perfect, too, for radio, where you can literally go anywhere – under the sea, above the Bahamian waters in a sea-plane, visit a Saratoga race track, ride on the Orient Express, join the mafia in New York and win or lose at cards in Le Touquet or Las Vegas. Wonderful, enticing locations, and characters – all transposed from Fleming’s entertaining writing directly into the actors’ (and therefore the listeners’) imagination.

Do you have a history with Bond prior to your work on the audiobooks and radio drama series?

Martin: I read most of the novels and always particularly enjoyed the card game sequences. When I came to adapt /direct On Her Majesty’s Secret Service, Diamonds Are Forever and most recently Thunderball for radio, I initially wondered how it would be possible to ‘show’ the minutiae of baccarat, chemin de fer or blackjack. But it seems to work well, partly due to the fact that, in radio, we can enter James Bond’s head and almost take part in the game ourselves via his inner thoughts and responses. No lack of focus there!

So, Bond was a part of your literary upbringing?

It’s clear from the studio photos that there is a fine atmosphere of camaraderie between the (outstanding) cast members and producers on these radio plays. How do you set about casting them?

Martin: It seems many actors have enjoyed the Bond novels. And it has been gratifying that so many stars have relished the chance to take part in our productions. From Toby Stephens, Dame Eileen Atkins, Stacy Keach, Sir Ian McKellen, Joanna Lumley,  David Suchet, Alfred Molina, Jared Harris, Tom Conti, Nigel Havers, Lisa Dillon, Peter Capaldi, Alistair McGowan, John Sessions, Tim Pigott-Smith, Janie Dee, John Standing and many more. When Mark Gatiss joined us to play Colonel Kronsteen in From Russia With Love he told me ‘this is the best acting day of my life!’ So it can’t just be for the lunches we provide! Ros Ayres and I have of course worked with many of this extended ‘company’ on screen or in the theatre – it’s very often an excuse to get together and have fun (again) courtesy of 007, the BBC, Eon, and the genius of Ian Fleming.

Is there any significance in the order in which you’ve chosen to produce the Bond radio dramas? Or is it a case of which one seems the most interesting project to follow the previous?

Martin: Sometimes there’s a neat progression. After Diamonds, in which Bond is in quite a bad way at the end, it seemed appropriate to bring him back after ‘some time away’ and have him sent (in Thunderball) to the Shrublands health farm. But then in his adventurous life he often needs a period of recuperation before the next extravaganza. Don’t we all?!

The Jarvis & Ayres production of Thunderball is available to listen to on BBC iPlayer until 9th January 2017. Click here to visit the iPlayer page.

The production of From Russia, with Love will also be available to listen to on iPlayer until 16th January 2017. Click here to visit the iPlayer page.

The audiobook of You Only Live Twice is narrated by Martin Jarvis. Click here for more information. 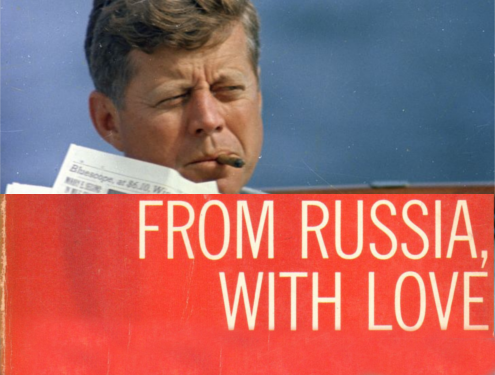 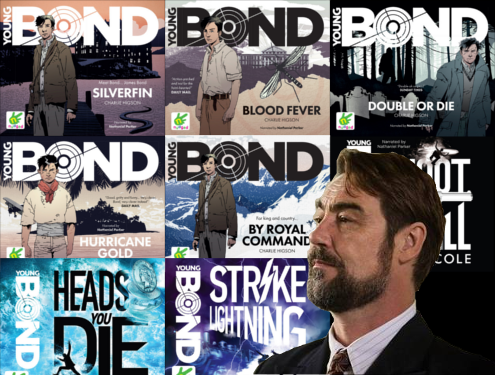 Agent in the Field: Nathaniel Parker Read more
Sign up to
our newsletter