Agent in the Field: Nathaniel Parker

For this Agent in the Field interview, we delve into the world of audiobooks with Nathaniel Parker; television, stage and voice actor who has narrated each of the Young Bond books, from SilverFin in 2005 to 2016’s Strike Lightning. When the audiobook of Red Nemesis is released this year, he will have narrated all nine Young Bond books.

Do you remember your first experience with James Bond?

Nathaniel: It feels wonderfully exciting. I think my first experience was at the Kensington Odeon, but my memory plays tricks here as to which it was. I thought it was Goldfinger, but I would have only been 2 years old. So I think it was probably You Only Live Twice. It felt so grand, with the audience standing and singing the national anthem, guided by an organist on the stage in front of the screen, before the curtain up. Such a glamorous introduction. I was hooked.

How does the experience of recording audiobooks differ from television and stage acting? Were there any new challenges to overcome when you first started?

Nathaniel: One of the joys about audiobooks that has not been afforded to me as an actor on stage or screen, is the opportunity to do my voices. I have always loved imitating others and finding voices and accents, and this is the perfect platform. Some books, like the Artemis Fowl series I used to do, actually have made up creatures, so finding voices for them is terrific fun. As for performance, it is relentless. Nowhere else do you sit in a tiny room for roughly 8 hours a day trying to keep up the pace and passion that in turn keeps the audience listening. The studios themselves often get hot and then you put on the air-con and then your voice dries up, so it’s a delicate balance, and you need to get on quickly and trustingly with your producer and engineer through the window.

How did you find your voice for James Bond? And do you have a system or practice for preparing new, different voices with each book?

Nathaniel: Well, obviously, I look to my own voice for Bond himself, because I have always cherished the thought of playing him. This is the biggest buzz of all you see, pretending to be James Bond. Like I said before the voices are great fun to find, but I will admit to using some old Bond villains from the films as a basis for some of them. Charles Gray, for instance. Such fun to do. I worked with him years ago and his marvellous gravelly voice with a side helping of evil is wonderfully adaptable.

I do look to include as much variety as possible, but perhaps that’s only in my head. I can usually picture the character and fit a voice to that. Sometimes, like in Strike Lightning, I am told quite clearly by the author. That always helps.

What is your most memorable Young Bond moment?

Nathaniel: I think it was in Hurricane Gold, when Bond has to get through an obstacle course and there are alligators and the like waiting to snap him if he falls. Reminiscent of Live & Let Die.  I think I generally enjoy the pace as it all builds up to the denouement. Strangely for me I make slightly fewer mistakes at pace. I am slightly dyslexic, so it can be a wee bit tortuous for the engineer.

As the voice of the Young Bond books since the series began, you must have an interesting perspective into the trajectory of Bond, the character. Has he changed on the journey from SilverFin to Strike Lightning?

Nathaniel: Yes he definitely has changed. He’s had to grow up fast. One of the most intriguing parts of the process is seeing how he learns various death defying talents and how they progress into the grown up version we see in the later books. There is a little less naivety now and he accepts the thrill of the moment as a bit of a drug. What is unchanging is his reliance on justice and his ‘fight for right’.

During preparation for Strike Lightning, was there an aspect of the project you were most looking forward to?

And finally, if you were to feature in a Young Bond novel…would you play a heroic ally, or a scheming villain?

Nathaniel: Well, to be honest the heroic allies don’t get much of a look in.  They’re there a lot, but you only really want to know what’s happening to James Bond himself, and that is usually down to the villain. So Baddie for me.

The audiobook of Strike Lightning, written by Steve Cole and read by Nathaniel Parker is available now. Please click here for more information and purchase links.

To read more about Nathaniel Parker on his official site, please click here. 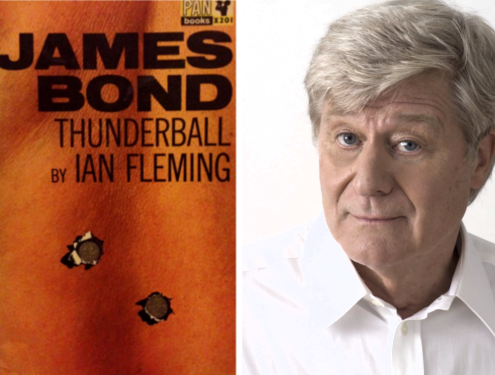 Agent in the Field: Martin Jarvis Read more
Next 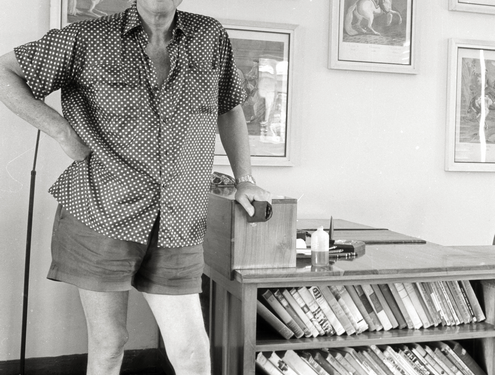