Agent in the Field: Jason Masters

This is the first in our Agent in the Field series; exclusive interviews with some of the incredibly talented people operating in the world of 007. This week sees the last instalment of Warren Ellis’ 007 comic book series VARGR hit the shops.  We caught up with the artist behind the project, Jason Masters, to find out what it was like to work with Warren and how he tackled transporting James Bond into the world of comic books. Bond is a character for whom most people already have a fixed face or ‘look’ in mind. What was it like for you to invent a new Bond distinct from any of the familiar film faces? Were there any challenges involved in such a task? JM: If James Bond hadn’t been played by so many different actors, the design process would probably have been a lot easier. There were times I’d sketch something, come back, and realize I’d drawn Timothy Dalton or Sean Connery. I thankfully got to bounce a few ideas off Warren in the beginning and that was incredibly helpful.

In the end, starting with the actor Hoagy Carmichael as a base got me to where I am now. I easily did twenty or so versions of Bond’s look before everyone was happy. As you say, everyone has an idea of how Bond should look and pleasing everyone is very difficult. One of the strongest points of the comic is the characterisation of Bond – in what ways did you go about trying to achieve this beyond the instructions from Warren’s script?

JM: I spent quite a lot of time thinking about Bond’s body language. How would someone who is, almost certainly, the most dangerous person in the room carry himself? There would be a confidence there, not arrogance per se but comfort in almost any situation. Wherever he is presently it certainly isn’t the worst thing he’s been through that day. ‘Comfort’ within his surroundings might be too strong a word but any situation in which his environment isn’t trying to murder him must be quite a relief.

Bond might appear quite simple at face value but his aesthetic choices seem to say he’s a man who could be dead at any point, so why not experience the finest the world has to offer? He’s sometimes a killer dripping with brutal character. How have you found working with Warren? Was there anything he asked for which was too crazy to draw?

JM: I’ve wanted to work with Warren for a long, long time. I never quite dreamed I’d get the added bonus of first working with him on a character so tremendously iconic.

Warren could have been a horrible monster to work with and I would still have come out of this smiling. It’s been quite the opposite experience in fact. He’s a very generous creator, allowing me to throw in the occasional storytelling idea and answering my inane questions however succinctly.

As to whether he’s asked for anything too crazy, definitely not. To paraphrase Robert Crumb, ‘it’s just lines on paper’. I don’t think you could ask me to draw anything that was too crazy, difficult, sure but that’s the job. One of the most satisfying parts of the comic drawing process is the problem solving.

Is Bond something that you’ve always had an interest in?

JM: I’m pretty sure I was hooked after the first cold open in the film Octopussy.  It introduced me to the idea that there were other 00’s and that they could die. How was Bond going to defeat a villain that 009 couldn’t handle? Surely he was better than Bond? He was 2 whole numbers above Bond! At least that’s how my kid’s brain interpreted the information. I loved it and made my way backwards and forwards through the catalogue from there. The comic is stylistically complex and very engaging because of it. Can you talk through the kind of look and atmosphere you have in mind when you sit down to draw these Bond issues, and how you use layout to influence and reinforce that?

JM: My pre-comic background is in advertising, art direction and design. From there I moved to commercial illustration and as a result, I like to approach a project by first trying to figure out a look for it. It’s a habit I can’t break but it does get me into what I think is the correct headspace for each job. I did quite a bit of research on the old James Bond newspaper strips. I thought it would be fun to take the look and feel of that but give it a modern storytelling twist. Then if possible throw in a little bit of the grandeur that is present in all the settings of the films.
These are all the ingredients I tried to throw into the pot. What I achieved was nowhere near what I aimed for but I got close enough for me to at least feel I had made something enjoyable for the reader. Thankfully Dynamite also agreed to let me bring Guy Major on board for the colours and he’s been a great collaborator. Seeming to know exactly what I was trying to do from the start. Another source of praise has been the crisp realness of the settings in this comic, and the architectural detail. Is this something which has always been a component of your style?

JM: There’s probably always been an element of that in my work. I want backgrounds to be characters that are influenced by how the characters react to them. Unfortunately, the only way I know right now to make environments believable is to add details.

The comic has received praise for the intensity and detail of the action; have you worked on anything similar before? Or is this action-focus (and I suppose, ‘realistic’ action as opposed to the superhero equivalent) something new for you to experiment and play with? I should ask as well how you felt about portraying the intense gore of Warren’s script! JM: Warren writes action exactly how I like to draw it. While I love bold over-the-top superhero action I believe there’s also a place for violence with immediate consequences. I love depicting the almost chess-like moves and decisions a character has to make in a fight to get the results he wants. Bond is the most like this of all the characters I’ve ever drawn. Using what’s around him to get the job done with the least amount of attrition. That’s not always possible of course and sometimes he gets hurt. Violence is ugly and brutal and in these stories it shouldn’t be elevated. Violence without consequences is dancing. I’m not sure there’s a comic artist out there that doesn’t giggle to themselves, at least a little bit, when they have to draw something gross.

Can you talk about your variant cover for issue #1? Were you given any sort of brief, or was it purely a case of constructing an image which embodied the spirit of this new Bond iteration? JM: No brief as such, but Dynamite has been great with letting me try out ideas. I wanted an image with a minimal colour palette that would stand out on the comic shelf. In Bond’s hands anything could be a weapon: walls, furniture etc.  So the idea became that his environment was made out of weapons while he, a weapon made flesh, stalked or was stalked by his prey. I think it turned out pretty well and I’m hoping to do more in the future but for now the story must come first. And finally, is Masters’ name in the comic a total coincidence? Is it strange to look at the lettered draft and see your namesake wreaking havoc?

JM: Ha! I actually asked Warren that exact question when I got the first script but it turns out he hadn’t realized he’d done it. I think subconsciously, knowing Masters’ end, Warren might have wanted me dead for harassing him about working together. Jason Masters and Warren Ellis will return in the new James Bond series, EIDOLON, out summer 2016. The final issue of VARGR, issue #6, is out now: 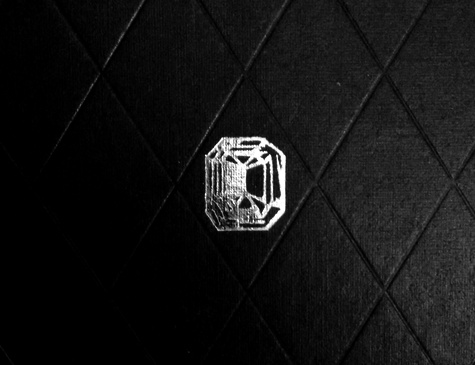 For the Love of Diamonds: Diamonds Are Forever 60th Anniversary Read more
Next

A Tribute to Peter Janson-Smith, 1922-2016 Read more
Sign up to
our newsletter