Agent in the Field: Steve Cole With the UK publication of the Young Bond story Heads You Die, we are continuing our Agent in the Field series with another exclusive interview. This time, we talk to author Steve Cole about his experiences getting involved in, and helping to further develop, the world of 007. Along the way we find out more about Young Bond’s thrilling adventure…

Do you remember the first time you encountered the character James Bond?

Steve: I don’t remember a particular first time but one of my favourite toys as a young boy was the Corgi DB5 from Goldfinger. I was born in 1971 and my mother was mad on Roger Moore (despite labour pains she even refused to go to hospital to give birth to me until the first episode of The Persuaders starring Moore and Tony Curtis had aired!) so I grew up knowing he was Bond. In 1979 I bought the novelisation of James Bond and Moonraker for my mum for Christmas as it had Moore in a spacesuit on the cover, and dipped into it a bit before wrapping it.

But the pivotal moment was when The Man With the Golden Gun was shown on TV Christmas Day 1980, and the whole family gathered to watch it. I was impressed that someone had died before the opening credits, but my granddad sagely assured me this was actually slow for a Bond film. I was intrigued by the way the films were talked about, and the following year was allowed to see For Your Eyes Only at the cinema (aged 9). I was hooked.

After watching A View To a Kill I wanted to know how it compared to the original short story. There was some tantalising detail about his childhood there – or at least, the end of his childhood! – and that set me off reading my way through the Fleming novels down the local library. I suppose I didn’t think too much about Bond’s past, because his present is so intense. And Fleming’s seductive prose invites the reader to identify with Bond, to become him for the duration of the journey.  Obviously, his past is something I’ve given a lot of thought these last few years!

Can you describe the challenge of weaving a character amongst a predetermined past and future, already set out by Fleming and Higson?

Steve: The challenge is to try and present a recognisable variant of Bond – younger, more idealistic, but a boy who will feasibly grow up into the adult Bond, who is a ‘blunt instrument’, yes, but also possessing the spirit of ten samurai, as Kissy notes. It’s a fair bet that his childhood was full of scrapes aside from his expulsion from Eton, and that he was a confident and capable child and eager for action – lying about his age to join up in WWII, for instance. To tell exciting stories for young adults that Bond fans can also enjoy, the writer has to strike a balance between believability and the need to plunge him into full-blown adventures. So the challenge is to try and present a credible world with a credible teenage lead. He makes more mistakes than the adult Bond, he’s not yet as sure of himself and he’s perhaps more damaged by the traumatic things he goes through, but many of his future traits are emerging. He’s becoming aware of his potential, his patriotism and a willingness to do whatever it takes to win.­ One of the great strengths of Heads You Die is the Cuban setting; what was the inspiration behind the location?

Steve: I wanted the story to capitalise on Bond having travelled so far for Shoot to Kill; Heads You Die follows on soon after so I was looking for a fresh and exotic location that would make a contrast with LA while still being “on the way home” so I wouldn’t have to contrive another long journey. Havana was an exciting and unstable place in the 1930s, and it also had the important Bond glamour and sleaze elements! Cuba itself is also a place of contrasts, so there was an opportunity to swap LA’s concrete jungle for more rural areas.

It’s important for me to feel the place is ‘real’ so I can sell it to the reader. So yes, there was a lot of research. Of course, things have changed a lot there since the 1930s so I studied lots of archive news footage as well as tracking down a US military handbook from the 1910s which described transport links and locations for the whole island.

The narrative voice of Fleming is always there in my head when writing descriptions of places, which sometimes sees me pitching them a little ‘old’ for the key audience!

Can you talk about the attribution from Edmund Burke? How did you come to choose it for placement at the opening of this new tale?

Steve: It’s what I was saying earlier about shaping Bond’s intentions. Yes, he’s only a boy of 14 or 15, and he’s thrust into a deadly dangerous adventure; there are many who would wait for adult help, but James knows that if he does that, his friend, a vital link back to his parents, will most likely be murdered. So the attribution hopefully shows us that James is not only a good man, but that he will do something to prove that. He will, as he notes in You Only Live Twice, ‘use his time’.

This novel sees the return of Hugo – how would you describe his relationship with Bond and why did you decide to bring him back for this adventure?

Steve: I felt there was still more I could do with Hugo; I enjoyed writing him in Shoot to Kill as he brings some humour to warm the bleaker moments, but he’s also resourceful and smart and I think he bounces off the more taciturn James very well. Hugo is partly there to remind us how brave James is, but also to show that while James doesn’t have many true friends, he values those he does. Plus if a friend is in danger – as Hugo often is – it ups the stakes in Bond’s struggle.

Where did you find your inspiration for the fearsome new villain, Scolopendra?

Steve: It took a while to settle on Scolopendra, named after the giant centipede – originally he was Dracul the dragon, and then Lobo the wolf. But the idea of the giant, poisonous centipede, so loathsome to Bond in Dr No, made me think it would be a good choice to personify, and Scolopendra sounds suitably menacing. In Dr No, Bond reflects he’s only seen tropical centipedes on display in a museum, which I stretched slightly by having young James see them displayed in Scolopendra’s study.

In the new novel, we see Bond’s first experience with diving; was this something that you were particularly excited to write about?

Steve: There’s a definite sense of authenticity to Fleming’s underwater scenes, which of course comes from Fleming’s own interest and expertise. The Hildebrand Rarity short story kicks off with a truly wonderful depiction of Bond hunting a deadly fish, and it made me wonder, how did he grow so comfortable and confident in the water? That, combined with the research I’d done into diving in the 1930s, and how there was a real DIY dive craze among adolescents at the time, made me really want to take James literally into deep water. Plus the underwater environment made for a very different setting from Shoot to Kill.  One of my favourite scenes to write in Heads You Die was the night time exploration of a sunken ship with only an old submarine lamp for illumination, and rickety homemade diving gear with air being pumped by bellows down a length of old hose… fantastically dangerous, and as a result, exciting to write and, hopefully, to read.

Could you tell us a little about your writing process with these books? With two coming out this year, it must be pretty efficient!

Steve: The Young Bonds are very research-intensive, both in preparing the initial synopsis and then during the writing. I have to check everything from when certain phrases and idioms were introduced into language to what sort of experience you’d get from driving a particular make of car. I like to write in order and not skip sections and I prefer to self-edit as I go rather than write quickly and edit at the end, which I’m sure would be quicker! I tend to start off quite slowly and then build momentum, until by the end I’m racing along. I work during the day and again in the evening after dinner and normally end up pulling a couple of all-nighters in the completion of the first draft. For Heads You Die there were a lot of late nights – the final writing shift went on for 28 hours straight – but I find the graveyard shift easiest for writing, as there are no distractions. Besides, if Young Bond’s going through an ordeal, the least I can do is go through one with him! Where possible I like to go and visit a location in person to get first-hand experience, and sometimes that’s something I can do while the book is being edited, to add in additional detail while tweaking the action and further fleshing out the characters.

You’ve done several school tours promoting the books so far – could you share with us your favourite experience or question you’ve been asked?

Steve: At a school in Blackpool I talked to hundreds of children in the middle of an enormous hall while Bond images were projected on all four walls, which was quite an experience! The readers had designed their own Bond gadgets too for me to judge a winner. It’s great fun meeting the readership – and their Bond fan teachers too, more often than not! 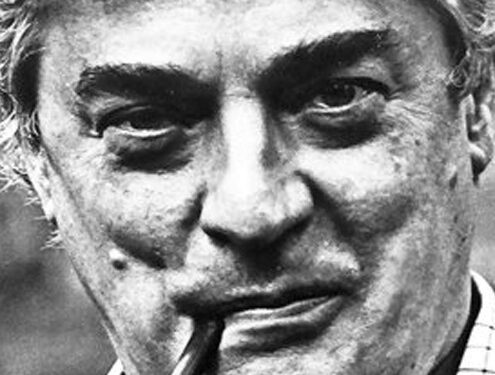 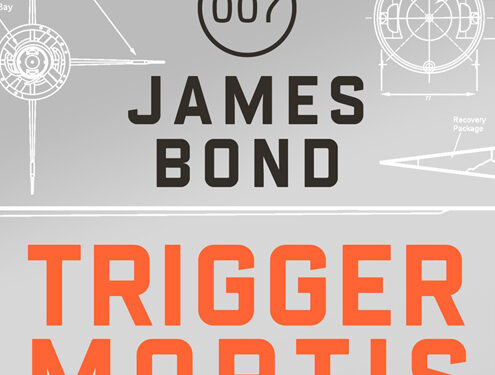