Anthony Horowitz’s Forever and A Day

Today sees the release of Anthony Horowitz’s Forever and a Day across North America, in both the US and Canada.  This prequel to the first ever Bond novel, Casino Royale, incorporates original material by Ian Fleming and tells the story of how James Bond became Agent 007.  Following Horowitz’s first Bond novel, Trigger Mortis,  Forever and a Day was a Sunday Times Number One bestseller in the UK and is sure to delight fans across the Atlantic just as much. The book has already earned glowing reviews in the States.

“A fine storyteller, Horowitz employs all the tropes fans know and love (including an elegant explanation for the famous martini mandate, “shaken, not stirred”), but he also delivers a conclusion whose moral complexity will surprise anyone expecting an ending more in line with Fleming’s own.” – Publishers Weekly

“Horowitz celebrates his return to the James Bond franchise (Trigger Mortis, 2015) by providing the story of 007’s very first adventure in 1950… Crisp, unpretentious, and bound to please the legion of fans for whom a world of Bond is never enough.” – Kirkus Reviews Horowitz, The New York Times bestselling author of Magpie Murders and The Word is Murder, has been heralded “a worthy successor to Ian Fleming,” by The Scotsman.  “There are authentic Fleming touches… It’s all great fun, and Horowitz has done splendidly.”  Part of Forever and a Day is based on an outlines Ian Fleming wrote for an American television series that was never made.  Drawing inspiration from this material, Horowitz has created a wholly original yet classic Bond story, replete with fresh action sequences, a vivacious female lead and a memorable villain worthy of Fleming’s own singular imagination.  Set in the French Riviera, it offers a richly cinematic, engrossing story that introduces many of 007’s legendary traits and idiosyncrasies.

“Ian Fleming has played a huge role in my life,” says Horowitz.  “He wrote the first adult books that I ever loved and the films saved me from some of the darkest corners of my childhood.  I dedicate this book to his memory… not, of course, that he has any chance of being forgotten.”

Forever and a Day is published by HarperCollins and is available in the US here and in Canada here.  Get your copy today! 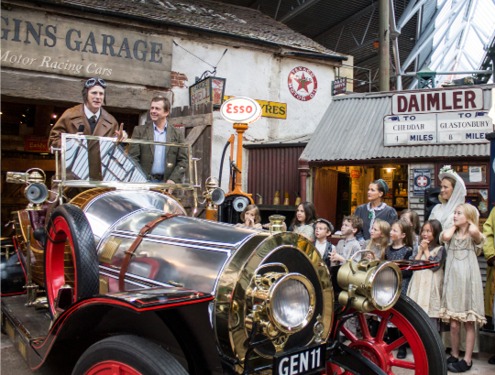 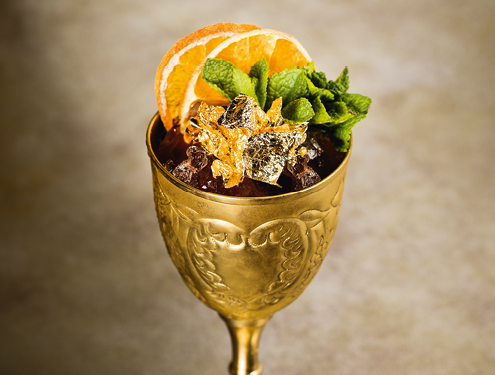 Shaken: How to mix the perfect… Goldfinger Read more
Sign up to
our newsletter