Forever and a Day by Anthony Horowitz is now available across the UK.  To celebrate this spectacular new Bond story we share our 007 Reasons why you should read it. REASON 001: Where It All Began

Ian Fleming’s 1953 novel, Casino Royale, was the first ever story to feature British secret agent 007.  James Bond launched into the world as an experienced spy, but now fans can enjoy Anthony Horowitz’s take on Bond’s first ever mission after earning his licence to kill. Forever and a Day is a prequel to Fleming’s acclaimed first thriller and sees Bond as he joins the 00 section.

REASON 002: The Glamour of the Riviera

The setting of Forever and a Day evokes a lavender-scented breeze, the tinkle of wine glasses and the whisper of breaking surf along a Provençal promenade.  M sends Bond to Marseilles to investigate a suspicious death and despite the sinister tension, one can’t help but glow in the sunshine that rises off the pages.  It’s the perfect summer holiday read.

‘She was an independent, a woman who had no interest in what the world thought of her. Here I am, she seemed to be saying. Whether you want me or not makes no difference to me. I am the one who will decide.’

Madame 16 enters the fray in a cloud of mystery.  A former Bletchley Park operative and SOE Agent in the Second World War, MI6 have reason to question her loyalty and send Bond to investigate her links to the criminal underbelly of Marseilles.  She is a woman in command of her destiny and refuses to be governed by any other.

Anthony Horowitz is a master story-teller and knows James Bond like the back of his Beretta.  Forever and a Day is his second 007 novel, following on from Trigger Mortis which was published in 2015.  In the Financial Times, Simon Schama dubbed Trigger Mortis ‘A humdinger of a Bond story’ whilst the Evening Standard heralded it as ‘almost too good.’  Horowitz’s next offering will not disappoint.

‘Remember what I have said. This is my kingdom and you and your people must learn to stay away.’

One of the most celebrated aspects of any Bond story are the bombastic villains; avaricious egomaniacs who are physically imposing and rotten to the core.  In Forever and a Day Horowitz has captured this malevolent magic with ease.  The enemies in Forever and a Day are classic Bond villains for fans to enjoy, fear and despise in equal measure.

Horowitz’s action scenes are full of energy and unpredictability.  From car chases to explosions and motorbikes to gun fights, this book has it all.  Fleming always pushed Bond to his limits and made readers question whether Bond would survive.  Whether being almost burnt alive in a rocket launcher or being mauled by a giant squid there are points in Fleming’s novels where 007’s survival seems impossible.  Forever and a Day follows this thrilling tradition and is sure to keep readers on the edge of their seats.

One of the most special reasons to read this book is to discover original words by Ian Fleming that have never been published before.  In the late 1950s Fleming wrote several outlines for a 007 television series and one of them has been masterfully incorporated by Horowitz into this story.  For an edition with the original outline printed at the back, try and get your hands on a limited Waterstones edition.

Forever and a Day is out in the UK now and will be released in the US and Canada in November 2018.  Various editions in other languages are under production and more details on these will become available across the summer. 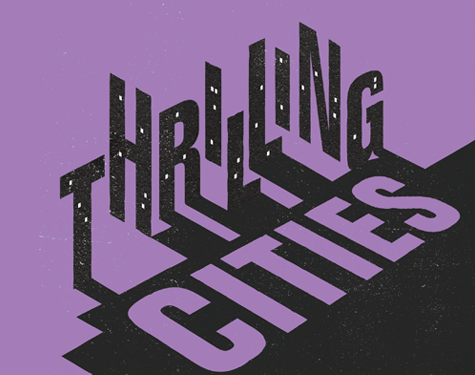