The oldest awards in the genre, the CWA Daggers have been synonymous with quality crime writing for over half a century. The annual Crime Writers’ Association (CWA) Dagger Awards has been dubbed the ‘Oscars’ of the crime genre.

On Wednesday 29th June, this year’s ten CWA Daggers will be awarded, including the Dagger in the Library, voted exclusively by librarians, chosen for the author’s body of work and support of libraries.

Debut novelists such as Jacqueline Bublitz are pitted against some of the genre’s biggest names on the shortlists, including Laura Lippman, John Banville and Linwood Barclay.

Maxim Jakubowski, Chair of the Crime Writers’ Association, said: “The CWA Daggers have a reputation as a glamorous event and a highlight on the publishing calendar.”

Everyone, including readers, writers, editors, agents, publishers, bloggers and journalists are welcome to attend, but tickets are limited due to reduced capacity to allow for social distancing.

Bestselling author and CWA’s Booksellers Champion, Elly Griffiths, will be the after-dinner speaker at the awards. The author of the Dr Ruth Galloway series received the Dagger in the Library in 2016, and her stand-alone novel, The Postscript Murders, was shortlisted for the 2021 CWA Gold Dagger.

Compering the night is book reviewer, author and journalist Barry Forshaw, one of the UK’s leading experts on crime fiction, along with his Crime Time co-host, Victoria Selman, who writes the serial killer thriller series featuring criminal profiler Ziba MacKenzie.

This year sees the Crime Fiction in Translation Dagger sponsored by the CWA Chair, Maxim Jakubowski, in honour of his wife Dolores Jakubowski, who was a translator and university lecturer but now suffers from Alzheimer’s.

Maxim said: “Dolores is well-known to the crime writing community as she’s been at my side for decades at book launches, parties, Dagger Award dinners and festivals worldwide, where she was always popular and a good friend to many involved in the genre.”

Maxim will sponsor the Crime Fiction in Translation Dagger in her honour in perpetuity, beginning this year and continuing after his tenure in the Chair.

Ramping up the tension for this year’s Debut Dagger, sponsored by ProWritingAid, is married couple Kevin Bartlett and Liz Rachel Walker. The couple, who live on the West Coast of Canada, are both on the shortlist. Also making the shortlist this year is Anna Maloney who was longlisted in 2019.

The Debut Dagger competition, established in the late 1990s, seeks the best new voices in the genre. Shortlisted and winning entries are sent to agents and publishers, and many writers have earned representation and contracts this way.

The Dagger awards take place at the end of National Crime Reading Month (NCRM) this June, a unique festival promoting the crime genre that’s held throughout the UK, instigated and promoted by the CWA, this year in collaboration with The Reading Agency.

One of the UK’s most prominent organisations, the CWA was founded in 1953 by John Creasey; the awards started in 1955 with its first award going to Winston Graham, best known for Poldark. The Daggers are regarded by the publishing world as the foremost British awards for crime-writing. 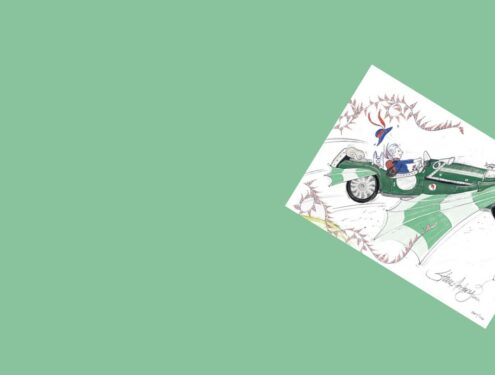