In preparation for the announcement of the winner of the CWA Ian Fleming Steel Dagger Award in October, we will interview all the shortlisted authors, one each week.
This week we are talking to Alex North about his shortlisted book, The Whisper Man.

It feels amazing. The CWA Daggers are one of the most important and prestigious awards in the whole of the crime genre, and it’s a huge honour to be included. In addition, the way I look at awards in general is that longlists and shortlists provide a great snapshot of the health and state of the genre – and on that level, I’m totally made-up to find myself in such amazing company.

Even more basically, when I was writing The Whisper Man, it felt very much like a last roll of the dice for me in terms of having a career as a writer. I had no real expectations as to what might happen when it was finished, only that this story about Tom and his son Jake meant a great deal to me, and I wanted to tell it as best I could, even if it ended up being the last thing I ever wrote. So for it to receive the response and support it did has been overwhelming for me, and to see it make the shortlist for the CWA Ian Fleming Steel Dagger is not so much the icing on the cake as the icing on an enormous pile of icing. It’s just awesome.

If you could summarise ‘The Whisper Man’ in ten words, what would you say?

Having just attempted this task for several minutes, I’d probably just punch the air in triumph that I’d finally managed it. I’m reduced to cheating a little bit by doing ten words as a list:

I wish I had anything as reliable as a writing process! I do try to plot as much as possible, and usually have an initital scene, an ending of sorts, and a few incidents planned along the way before I begin, but writing the book tends to change all that. I think of most of my first draft as scaffolding – it needs to be done so I’m in a position to build the parts I didn’t know were going to matter when I started out. And because I know my first draft will change, I also tend to write fairly long. I might end up with 6000 words, say, for what should be a 2000 word chapter. That’s fine, though – I like to have choices about what to include and what to cut, and by writing more than you need to you often come up with those unexpected little details that make the scene work.

But while all that remains true, lockdown has changed my routine completely. My days used to be fairly straightforward: take my son to school; go to the gym; go to a pub to write; pick my son up from school. Obviously, all of that has been thrown out of the window for several months now. Like many people, I’ve had to find new ways to work. But I’m getting by, and I can’t complain. If I have to write at the kitchen table, or in the corner of a crowded room, I can do that. The one thing that hasn’t changed is that half of the battle is always showing up and starting typing.

Too many to mention – and there’s always a danger with questions like this that you miss someone incredibly important and end up kicking yourself afterwards. So I’ll restrict myself to a couple of formative influences. I grew up reading Stephen King, and his influence hangs as heavily over me as I imagine it does over many writers working in and around the genre. But I also have a special love for Dean R Koontz – back when he had the R. I read everything I could find by him as a teenager and, for my money, he wrote a run of novels from the late 70s to the mid-90s that are simply as good as thrillers get.

Having said I’ll restrict myself, I’ll pick two more. I love everything Mo Hayder has written; I think she’s a genius. And my favourite thriller of recent years is Memo From Turner by Tim Willocks. He’s a fantastic writer: every book a masterpiece. I wish he’d write more, but that feels like asking for shot after shot of high quality hard liquor. It’s so strong and intense that it’s probably better to pace yourself and just savour it now and then, whenever it’s ready.

Stripped down to the absolute basics, I think what makes a killer thriller is the same as what makes any kind of successful story. You’re asking a question the reader wants answered, or creating a problem the reader wants to see solved … and then not doing either of those things for as long as you can get away with! A good story keeps you turning the pages because you’re desperate to find out what happens next. You can’t bear to not know if the star-crossed lovers get together, who killed the victim, how the hero is going to get out of this terrifying situation, and so on. There is a delicious pleasure in drawing out that not knowingfor as long as possible, and I think the essence of what makes a good thriller comes down to that: delayed gratification.

Of course, there’s far more to it than that. You need smaller questions and problems that get answered and resolved along the way. You want memorable scenes and set-pieces, escalation of stakes and pace, a sense of place. And most importantly of all, you want interesting characters who you care about and root for. Because if you don’t have those, you don’t have much of anything. The winner of the 2020 CWA Ian Fleming Steel Dagger will be announced on 22nd October. Look out for the next instalment from the shortlisted authors next week.
Photograph by Alex North by Charlotte Graham
17th September 2020
Previous 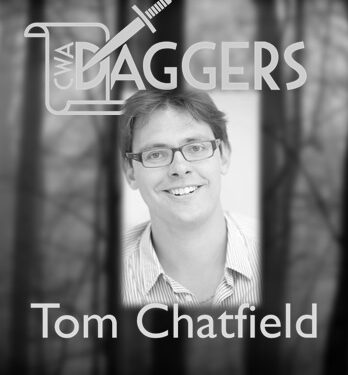 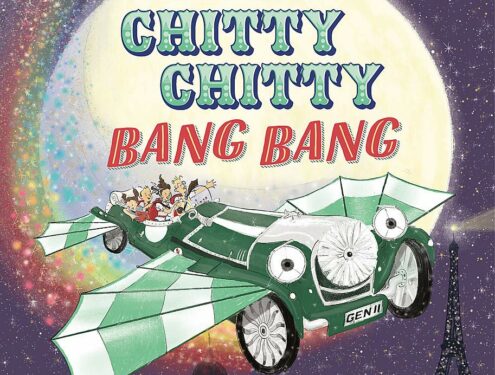 Chitty Chitty Bang Bang Takes to the skies! Read more
Sign up to
our newsletter