In preparation for the announcement of the winner of the CWA Ian Fleming Steel Dagger Award in October, we will interview all the shortlisted authors, one each week. In no particular order, we’re starting with Tom Chatfield and talk to him about his shortlisted book, This Is Gomorrah.

Delightful and bewildering and beautifully unexpected! A joy of writing is that books go out into the world and do their thing largely independently of their authors. I’ve spent the last year immersed in other projects (and life under lockdown with two small children) so the book’s longlisting and then shortlisting have been wonderful and unlikely in the very best sense.

If you could summarise ‘This Is Gomorrah’ in ten words, what would you say?

I do some planning, but I tend to throw myself in and then re-write incessantly while immersing myself in a range of non-fiction inspirations. I find I can’t really read other people’s fictions while trying to come up with my own. This was my debut novel, but I’ve written half a dozen books of non-fiction and several textbooks, and I found fiction by far the most demanding discipline: you can’t rely on imparting information to hold the book together! As for lockdown, trying to find my focus while sharing a home with two children who haven’t been to school in six months has been interesting. But I’m hugely lucky to have a career that can largely take place inside my garden shed.

I love darkly witty authors like Mick Herron and Christopher Brookmyre; and the genre-bending speculative edge of Ben Aaronovitch, China Miéville, Charles Stross and others often bracketed with sci-fi or fantasy. Then there are straight-up writers of great characters and prose like Val McDermid, Sophie Hannah, Tana French; and others like Nnedi Okorafor who leap between worlds and genres. My tastes are avowedly interdisciplinary.

I don’t feel terribly qualified to answer this, but I suppose the word itself is a clue. You should be thrilled, electrified, driven on to find out more. The winner of the 2020 CWA Ian Fleming Steel Dagger will be announced on 22nd October. The other shortlisted authors are A.A. Dhand, Alex North, David Koepp, Eva Dolan and Lou Berney. Look out for the next instalment from the shortlisted authors next week. 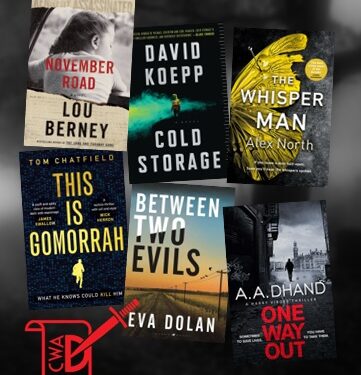 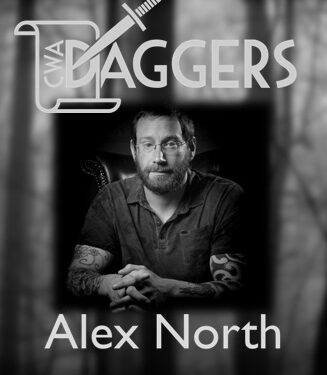