With just over two weeks go to before the winner of the 2021 CWA Ian Fleming Steel Dagger Award is announced on July 1st, we are delighted and excited to introduce you further to the shortlisted authors and their thrilling and chilling novels. In no particular order, we are starting with CATHERINE RYAN HOWARD, and we asked her a few questions about her novel THE NOTHING MAN.

How does it feel to be on the shortlist for the CWA Ian Fleming Steel Dagger?
I still can’t quite believe that I am, and especially in such stellar company. It means a huge amount to me because this is judged by a panel of people who really know their crime/thrillers. My favourite writing advice has always been to write the book you want to read but can’t find on the shelf, and The Nothing Man was an attempt to take that advice to the extreme. Seeing it on the shortlist feels like the industry saying yes, there is a place for books like this, we want to read the same kind of things you do. And that is a very special feeling. The cliche is true: it really is an honour just to be nominated.

If you could summarise ‘The Nothing Man’ in ten words, what would you say?
(Fictitious) true crime, interspersed with killer’s reaction as he reads.

What’s your writing process – do you jump straight in, or plan and plot first and in which ways has lock-down affected your writing process, if at all?
I plan my books in advance, usually with an Excel spreadsheet. I liken it to building a house: the plotting is erecting the structure, and then the actual writing is the fun stuff, the interior design. Personally I cannot hang the wallpaper and build the wall at the same time. Many writers complain that plotting in advance stifles creativity but for me it enables it; safe in the knowledge that the structure is fundamentally sound, I can concentrate on everything else – prose, character development, plot complexity, etc. – which are the parts that people will actually see. As for lockdown, I can’t complain. The restrictions here in Ireland took away a lot of my distractions, and the situation gave me a brand new idea: my next thriller, 56 Days (August), is a thriller set in lockdown that I wrote while locked down.

Which thriller writers do you most admire?
I tend to single out novels more so than writers. The twist in Tell No One by Harlan Coben absolutely blew my mind. Into the Darkest Corner by Elizabeth Haynes truly frightened me. In the past few months, I’ve been most impressed by Will Dean’s The Last Thing To Burn which takes place almost entirely inside an isolated farmhouse and while I was reading it, I felt like I was inside that house too. If Gillian Flynn gives us another novel, that would be all my Christmases come at once.

What makes a killer thriller?
I love a high-concept premise, a hook that makes me shake my fist at the sky and wish I’d come up with it myself. Then I want to be actually thrilled. That could be because the plot is so propulsive it’s taking me on a rollercoaster ride, or because the villain is so terrifying I feel chills down my spine. I want to look up and realise an entire afternoon or a flight or a night has gone by and I haven’t noticed because I’ve been so engrossed in the book. And most of all, I’m looking for something new. I want a novel that is absolutely within the boundaries of the genre, that gives me everything I expect from a thriller, but also brings something new and fresh and original to the table. As a writer, that’s always what I’m aiming for, too.

The winner of the 2021 CWA Ian Fleming Steel Dagger will be announced on 1st July,  The other shortlisted authors are Michael Robotham, Ruth Ware, Robert Galbraith, Stuart Turton and Chris Whitaker. Look out for the next instalment from the shortlisted authors tomorrow. 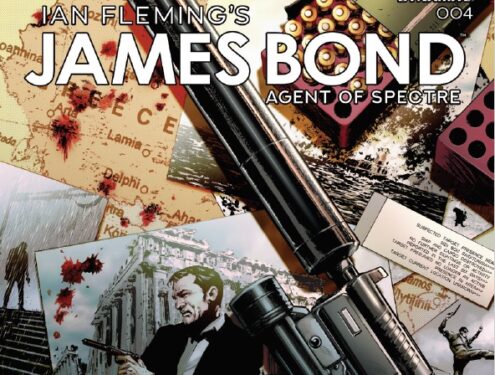 JAMES BOND: AGENT OF SPECTRE #4 OUT TODAY Read more
Next 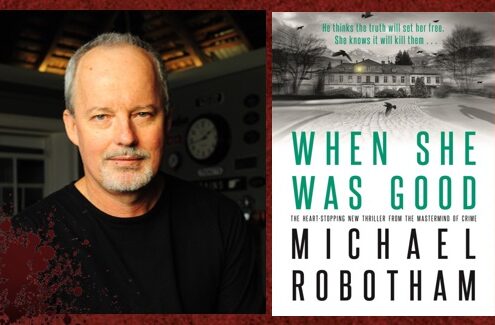