With just one week left until the winner of the 2022 CWA Steel Dagger is announced, we have been chatting with the shortlisted authors. In this interview they tell us about their novels, their favourite books and how to go about writing a thriller.

Steve Cavanagh: It’s a real honour to be on this list with so many great writers and friends. The nomination means a lot to me because of Ian Fleming’s work and legacy. He created a character that has lived on in popular culture for decades. He was one of the pioneers of the page-turner, so to be nominated for an award in his name means a lot to me.

Laura Lippman: Pretty darn wonderful, all the clichés apply – an honour to be nominated. I feel just a little bit cooler to be nominated for anything with Ian Fleming’s name in it.

How would you summarise your shortlisted novels and what inspired you to tell these stories?

Laura Lippman: To me, Dream Girl is about the fact that the inside of a writer’s head is one of the most terrifying and claustrophobic places to be. No one can scare us as much as we scare ourselves. And there’s nothing scarier than a man (or a woman) who insists on identifying themselves as “good.” They do more damage than anyone.

Sharon Bolton: Six friends see a reckless dare go disastrously wrong and three innocent people killed. One agrees to take the blame alone, letting the others get on with their lives. But, on her release from prison, they each owe her a favour: anything she asks, whenever she asks it. What can possibly go wrong? I think The Pact sprang from my dread of how quickly circumstances can change for the worse, and how easily the most perfect life can be ripped away.

Steve Cavanagh: I had wanted to write a book about the death penalty in the US, but I couldn’t find an original story until I discovered that personalities, rather than politics, drives executions in America. The murderous District Attorney in this novel, Randal Korn, is out to get the death penalty for as many defendants as possible, doesn’t matter if they are guilty or innocent. Eddie Flynn arrives in Alabama to represent an innocent young man accused of murder, but soon discovers there is a lot more than just murder going on in this small southern town.

S.A. Cosby: Razorblade Tears is the story of two fathers seeking revenge for their murdered gay sons and redemption for themselves for not accepting their sons for who they were. I think I wrote the book because, frankly, I was tired of seeing all the homophobia that masquerades as “family values” in America.

M.W. Craven: MI5, after much cajoling from the FBI, ask Poe and Tilly to investigate a murder in a pop-up brothel in Carlisle. The victim has links to an important trade summit, but also, strangely, a connection to a bank heist three years earlier, when men in James Bond masks stole nothing but left a ceramic rat in one of the safety deposit boxes. I’d wanted to tell this story for a few years but couldn’t quite find a way to make it work as a Poe and Tilly story. When I found a way, by including the heist, I was able to include the parts I really wanted to include: how the ‘special relationship – a phrase coined by Churchill – is skewed in the US’s favour and the sacrifices made to protect the lie.

What is your writing process?

M.W. Craven: I’ve been a full-time author since 2015 and try to keep to a routine. I tend to write Monday-to-Friday, 10am to 6pm, in my office. I plan the next book while I’m writing the current one. As a result, I have a whole lever arch file of notes ready for me on December 1st, the day I start the new book. I go through the notes and put them into some kind of order, and this becomes a sort of blueprint for what’s to come. Sometimes this works beautifully – in Poe 6, The Mercy Chair, I didn’t deviate from my plan at all – and sometimes what worked in my head and what’s in the file don’t work at all and I’m scrabbling around from scratch.

Sharon Bolton: The older I’ve got, and the more books that have come out of me, the less I believe in a reliable writing process. Each book is different, and increasingly difficult; each has to find its own way into the world. It’s a painful process (a bit like giving birth).

What advice would you give to aspiring thriller writers?

Sharon Bolton: Have the screenplay of the story in the back of your mind, all the time that you are writing. This will help you get right to the point of any given scene.

Laura Lippman: Never lose sight of the fact that the reader does a lot of the heavy lifting when reading a thriller – the reader anticipates, picks up clues, gets distracted by red herrings. When you realize you’re essentially in dialogue with your readers, it heightens everything.

What is your all-time favourite thriller and why?

Steve Cavanagh: I think Silence of the Lambs. It’s a classic, with rich characters, monsters, a thumping plot and like Mr. Fleming used to say – you just can’t put the book down.

M.W. Craven: My favourite thriller is Fatherland by Robert Harris. Such a fantastic book. Terribly sad, incredibly clever, but most of all an astonishing read. Harris’s world, where the Axis powers won the second world war, is utterly convincing and incredibly chilling. One of the best books I’ve ever read.

S.A. Cosby: Oh man… I think I have to say Red Dragon.  It’s a masterpiece of suspense.

Laura Lippman: I’m a huge fan of Red Dragon, which does something that’s still pretty rare – it creates just enough empathy for its killer that there’s a strange tension in the final conflict. Of course he has to die – he’s done unimaginably horrible things, he is beyond redemption. But he’s human, not a monster. So many serial killer books are about killing machines that just keep going until they’re stopped. Everyone in Red Dragon, even the minor characters, is fully human.

Sharon Bolton: I don’t have one, but I’m going to single out Dan Brown’s The Da Vinci Code, for its pace, originality and excitement. It’s not a perfect book, but I was on my third, back to back, reading before I started seeing the inherent faults.

The winner of the CWA Steel Dagger award will be announced on Wednesday 29th June. Keep an eye out for the announcement and make sure to check out all the shortlisted novels. They are Dream Girl by Laura Lippman, The Pact by Sharon Bolton, The Devil’s Advocate by Steve Cavanagh, Razorblade Tears by S.A. Cosby, Dead Ground by M.W. Craven and Find You First by Linwood Barclay. Although Linwood Barclay was not available for this interview, Find You First is a treat of a thriller: “It is a (literally) deadly race against time. Linwood Barclay balances the handling of contemporary issues with artful storytelling: as ever, he demonstrates his consummate skill at weaving multiple plot lines towards a deeply satisfying and unexpected ending.” 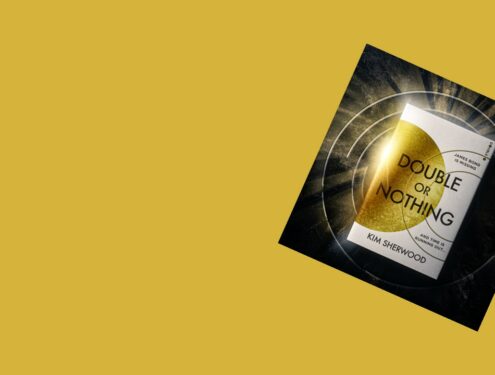