Double or Nothing is out now!

007 has been captured, perhaps even killed, by a sinister private military company. His whereabouts are unknown.

Meet the new generation of spies…

Johanna Harwood, 003. Joseph Dryden, 004. Sid Bashir, 009. Together, they represent the very best and brightest of MI6. Skilled, determined and with a licence to kill, they will do anything to protect their country.

The fate of the world rests in their hands…

Tech billionaire Sir Bertram Paradise claims he can reverse the climate crisis and save the planet. But can he really? The new spies must uncover the truth, because the future of humanity hangs in the balance.

Time is running out.

Praise for Double or Nothing

“I spy … a brilliant thriller! Double or Nothing is a clever and utterly compelling addition to the Bond canon. Get this book and clear your calendar—though it won’t be for long; I read it in one sitting” —Jeffery Deaver

“Stylish, explosive, fresh and fun, Kim Sherwood takes one of the world’s most beloved series and makes it her own”—Chris Whitaker, author of We Begin at the End

“Blistering, breakneck, brilliant. Sherwood’s first Double O novel delivers everything you could want and more from a high-octane, high-stakes spy thriller. The world of Bond is in expert hands.”—Tim Glister, author of Red Corona

“A cleverly plotted and absorbing novel with a fantastic cast of fully rounded characters in this breathtaking new novel. I loved it.”—Lisa Ballantyne

Kim Sherwood is a novelist and a Lecturer in Creative Writing at the University of Edinburgh. Her award-winning debut novel Testament was released in 2018, and in 2019, Kim was shortlisted for the Sunday Times Young Writer of the Year Award. A Wild & True Relation, following a crew of smugglers in eighteenth-century Devon, will be published by Virago in 2023. Double or Nothing is the first in a trilogy of Double O novels expanding the James Bond universe. Follow Kim on Twitter @kimtsherwood.

Available now in hardback, e-book and audiobook, plus a special signed edition exclusive to Waterstones. 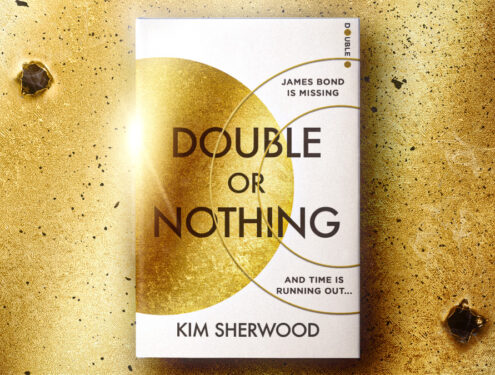 Double or Nothing Extract: Moneypenny has a mission for 004 Read more
Next 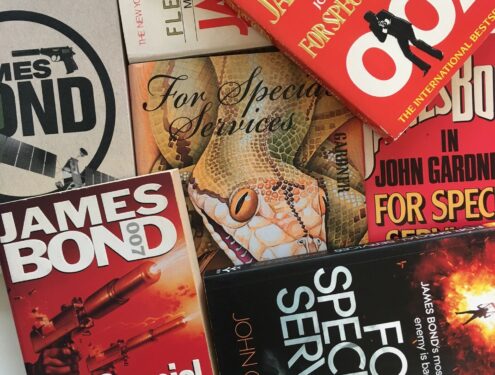 For Special Services: The Evolution of the Cover Art Read more
Sign up to
our newsletter