Dr No Heroes and Villains Edition

We are very excited to announce the inclusion of Dr No in Vintage’s new Heroes and Villains Collection which is now available internationally. The collection includes titles such as The Talented Mr Ripley, The Woman in Black and Brighton Rock, and it is a real honour for Ian Fleming’s novel to be amongst such brilliant literary company. The series has been designed so that each cover displays a quote from the hero on the front and the villain on the back with different fonts used to make each book in the series unique. This set has come out at the perfect time as we celebrate the 60th anniversary of the first publication of Dr No this month.

It is obvious to see why this particular Bond book has been chosen as the title is the name of one of Fleming’s most bombastic villains, Dr Julius No. Obsessed with money, power and death he is out for himself only, continuously plotting and deceiving other powerful groups and people to get where he wants, whilst harbouring a sense of isolation from the world. There is something spectacular about this man, leaving the reader wondering whether he is a genius, a madman or just rather tragic. Throughout his life, he has been severely neglected, unable to make the most of his true talents and out of spite he has turned his strengths against the world and aims to eliminate anyone who crosses his path or enters his territory. Dr No isn’t present for the majority of the novel and doesn’t appear until chapter fourteen, yet his presence is felt in almost every scene. Through his attempts on Bond’s life and the ominous shadow cast by his sinister activities, a raw sense of mystery and tension is built through the novel. When he finally reveals himself, his outward appearance must be one of the most alien of all the Bond villains. Through the process of plastic surgery and many other horrendous procedures he has manipulated his features with an aim to becoming anonymous; but in reality he achieves the opposite effect.

As an outcast of society, he keeps himself cut off from the outer world on Crab Key, a desolate island known for its lucrative guano. It is here that he creates his miraculous secret underground lair on the island, a trope that has been celebrated in fiction ever since, from Thunderbirds to The Incredibles.

James Bond is pushed to the absolute limit in Dr No. The famous centipede scene where he narrowly escapes being poisoned to death, is probably some of Fleming’s best writing, and his epic battle with the giant squid seems impossible to overcome. The novel shows that literary James Bond is, in fact, quite a different hero to what many of us assume him to be. There are moments of real fear in Bond when he really doubts his own strength and will power. He is much more complex and fallible than he is often portrayed in the films, yet his heroism drives him forward to try and ensure the downfall of Dr No.

Dr No is a classic Hero versus Villain novel that is well worth a read. 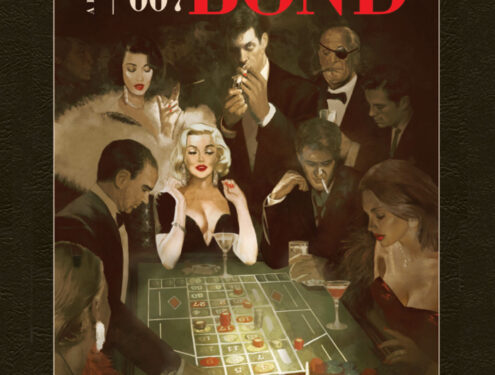 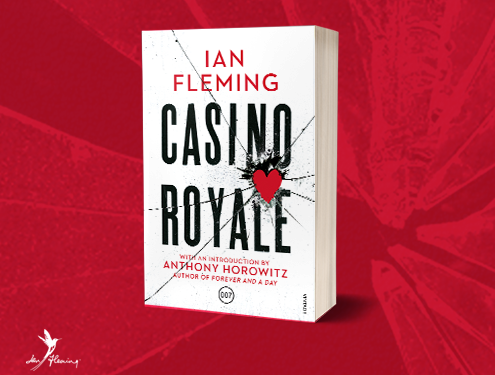