WITH A MIND TO KILL

Bestselling author Anthony Horowitz’s final instalment of his James Bond trilogy, With a Mind to Kill, is now available in the UK.

It’s M’s funeral. One man is missing from the graveside: the traitor who pulled the trigger and who is now in custody, accused of M’s murder – James Bond. Behind the Iron Curtain, a group of former Smersh agents want to use the British spy in an operation that will change the balance of world power. Bond is smuggled into the lion’s den—but whose orders is he following, and will he obey them when the moment of truth arrives?

In a mission where treachery is all around and one false move means death, James Bond must grapple with the darkest questions about himself. But not even he knows what has happened to the man he used to be.

The super spy is back, with a fresh injectionfrom novelist and screenwriter extraordinaire, Anthony Horowitz. The expert in suspense takes us back to the beginning of James Bond’s story… the story rips along with plenty of familiar Bond staples: evil villains, fast cars and women falling for young Bond’s charms. Ian Fleming would be proud. ― Guardian

Horowitz is a worthy successor to Ian Fleming, putting 007 back in his true domain… This New Bond is up there with the better Old Bonds… The denouement is a very fine piece of action writing… Horowitz has done splendidly. ― Scotsman

A novel that feels very like a film… fast-paced, skilfully written… leaves you wanting more, and for serious Bond junkies [it] is the next fix in a long tale of addiction. ― The Times

Even better than Trigger Mortis… it is tremendous fun. Anthony Horowitz has the discipline and skill of a first-class action writer. ― Sunday Express

Exciting high drama… Horowitz stays loyal to the fabulous Fleming formula. And for that he surely deserves another mission guiding the fortunes of the world’s favourite superspy. ― Daily Express

[Horowitz’s Bond] is once again in safe hands, not departing much from Fleming’s entertaining formula… Horowitz’s light touch and smooth plotting create something close to the ideal holiday read. ― Irish Examiner

Horowitz shows that he knows the Fleming books backwards, offering plot twists that are homages to the master’s novels. This nicely imagined book… is an amusing and thought-provoking addition to the post-Fleming bond canon. ― The Times *Audiobook of the Week*

Forever and a Day is an explosive prequel to Casino Royale which promises to please Bond aficionados and a new legion of fans. ― Northern Insight **Book of the Month**

This is another great new James Bond novel from Horowitz, who’s filling the shoes of Ian Fleming with apparent ease. ― Trucking

Anthony is an enthusiastic writer who relishes the world of adventure he conveys. ― Writing Magazine

A timeless Bond… has all the elements of a rollicking read. ― Irish Examiner

Horowitz proves himself so adept at getting inside the iconic character, and Fleming’s writing style, that it’s difficult to see the join. Rip-roaringly recommended. ― Hot Press

Horowitz’s third James Bond novel, after Trigger Mortis (2015) and Forever and a Day (2018), is exactly what 007’s fans deserve. Bond, deprogrammed after the Russians brainwashed him to assassinate the head of Britain’s Secret Intelligence Service (see 1965’s The Man with the Golden Gun, to which this is a direct sequel), is sent back to Russia to infiltrate a new security agency, Steel Hand, and find out all he can about an operation “that would completely smash the balance of power between East and West.” But can he convince the Russians he still belongs to them? Bond’s life depends on the answer to that question. If Horowitz was tempted to give us a revisionist Bond, to bring him in line with modern-day sensibilities, he resisted: Bond is just like we remember him, just like Fleming wrote him. The story could have come out of the Ian Fleming playbook, too: a nasty villain, plenty of action, and a sly sense of humor. This would make an excellent Sean Connery Bond movie, if such a thing were still possible. — Booklist

With a Mind to Kill is also available as an audiobook, narrated by Rory Kinnear. Your next read is sorted – pick up your copy today and discover the latest chapter in the world of 007! 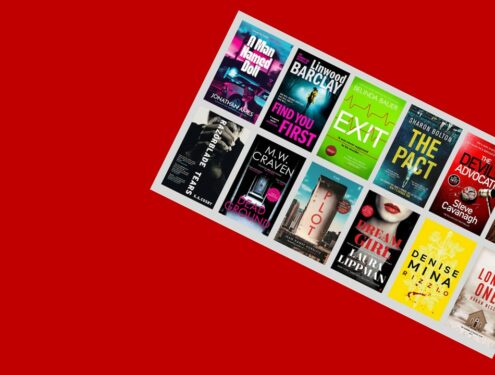