Fleming’s foray into Horror with You Only Live Twice

Guest writer Ben Welton returns to share his insights on the ghostly, macabre world of Fleming’s You Only Live Twice. You Only Live Twice is everything you could ever want in a Bond novel. It has great action, stirling dialogue, and, for 1964, an exotic setting. But unlike other Bond novels, You Only Live Twice has something else – Gothic horror. Set in the land of ghosts, monsters (yōkai), and demons (oni), You Only Live Twice is ultimately a revenge tale about Bond avenging his late wife Tracy’s death at the hands of Ernst Stavro Blofeld in On Her Majesty’s Secret Service. In order to imbue the novel with a fairy tale-like quality, Fleming brilliantly chose to make Blofeld even more monstrous for You Only Live Twice, which is his swan song. In particular, Fleming used two sources – Lafcadio Hearn’s Kwaidan and Bram Stoker’s Dracula – to not only mark You Only Live Twice as more outré than its predecessors, but to also turn the brilliant criminal mastermind Blofeld into a modern-day vampire, thus making Bond’s conquest all the more important. In short, You Only Live Twice is a haunting Götterdämmerung that facilitates Bond’s short-lived renewal.

To be fair, weirdness always permeated the Bond novels. From the Dr. Fu Manchu-like and hideously disfigured Dr. Julius No to the very real possibility that Le Chiffre in Casino Royale was based on famous British occultist Aleister Crowley, Fleming’s Bond novels regularly flirted with elements of horror and the fantastique, but tended to keep them at arm’s length. In You Only Live Twice, however, speculative fiction comes to the forefront. Partially this is a product of the alienating effect of Japanese culture. The first half of You Only Live Twice is more or less a tit-for-tat exchange between Bond and Tiger Tanaka, the head of the Japanese Secret Service. Scenes such as one where Bond and Tiger play an unusually significant game of Rock, Paper, Scissors (or, as it’s called in the novel, Scissors Cut Paper, Paper Wraps Stone, Stone Blunts Scissors) are indicative of Fleming’s attempt to display the dissimilarities between the Orient and Occident. Less childish examples include soliloquies where the Australian agent Dikko Henderson describes Japanese society as a pantomime of civilization, ‘They’ve only been operating as a civilized people, in the debased sense we talk about in the West, for fifty, at the most a hundred years.’ or when Tiger savages American culture:

‘The Oriental way of life is particularly attractive to the American who wishes to escape from a culture, which, I am sure you will agree, has become, to say the least of it, more and more unattractive except to the lower grades of the human species to whom bad but plentiful food, shiny toys such as the automobile and the television, and the “quick buck”, often dishonestly earned, or earned in exchange for minimal labour or skills, are the summum bonum…’

But of all the arguments between Tiger and Bond in the lead up to the novel’s climax, none is more central to the novel’s plot than the Japanese viewpoint on suicide. For Bond, Tiger’s veneration of suicides as honorable people who erased the shame they earned in life with the ultimate sacrifice is disturbing if not disgusting. Furthermore, it is this opinion that allows Blofeld to argue that his suicide garden performs a great benefit to the Japanese nation as a whole. As he puts it to Bond directly:

‘I have not only provided the common man with a solution to the problem of whether to be or not to be, I have also provided the Japanese Government…with a tidy, out-of-the-way charnel-house which relieves them of a constant flow of messy occurrences involving the trains, the trams, the volcanoes and other unattractively public means of killing yourself. You must admit that, far from being a crime, this is a public service unique in the history of the world.’ This then is the heart of Blofeld’s vampiric nature in You Only Live Twice. In order to evade capture, Blofeld, like Lafcadio Hearn, the Irish-Greek writer who ended his life as one of the pre-eminent translators of Japanese ghost stories, has moved to Japan under the disguise of the eccentric Swiss botanist Doctor Guntram Shatterhand. After buying a semi-ruined castle on the southern island of Kyushu, Blofeld meticulously stocks his grounds with an entire army of poisonous plants, piranhas, and guardsmen who were all former members of the Black Dragon Society, a real organization from Japanese history that included militarists, anarchists, criminals, and ultranationalist terrorists. He has made nothing less than a formidable ‘Castle of Death,’ which acts as a magnet for those seeking suicide. As Tiger Tanaka puts it, Blofeld ‘collects death.’

Blofeld adds a theatricality to his villainy by parading around his own grounds in samurai armor and sporting a drooping black moustache that is not unlike Count Dracula’s ‘great white moustache’ in Bram Stoker’s 1897 novel. Even Bond himself comments on Blofeld’s ‘Disneyland of Death’ (Irma Bunt’s phrase) by calling it ‘a brilliant attempt to make a stage setting for Dracula.’

Unlike Dracula however, Blofeld cannot directly feed on his victims. Instead, he draws them to his haunted edifice and gives them the tools for suicide. He is, in other words, slightly enfeebled and not the Nietzschean ‘Overman’ that he believes himself to be. This fact is fundamentally proven when Bond kills Blofeld during what can only be described as an underwhelming final battle. Like the Texan Quincey Morris who kills the ancient Dracula with a Bowie knife, Bond manages to strangle Blofeld after a short duel between katana and stave.

What follows this final battle is a dreamlike, almost surreal exit engineered by Bond. Using a balloon, Bond tries to flee the ‘Castle of Death’ through the air, but is shot in the head by one of Blofeld’s accomplices. Bond manages to survive, but is publicly and officially declared dead in the British press. Until the word ‘Vladivostok’ triggers something in Bond’s deep memory, thus inspiring him to renew his former life as Great Britain’s greatest secret agent, he lives the life of a simple fisherman with the former Hollywood actress-turned-pearl diver Kissy Suzuki. Again, You Only Live Twice commingles the horror of Blofeld’s vampire castle with the enchanted rural splendour of Japan’s southern islands. Like the old ghost stories translated by Hearn, whose name appears frequently in the novel, the terrifying and the traditional, as well as the mysterious and the bucolic converge in what is often Fleming’s most underrated novel. 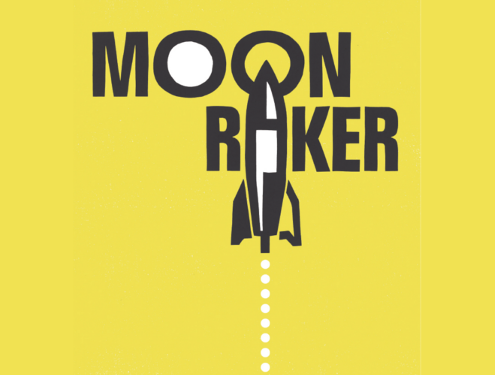 Shooting for the Moon: Ian Fleming’s Moonraker Read more
Next 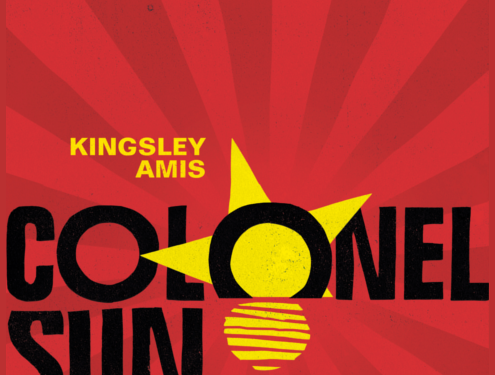