In preparation for the announcement of the winner of the CWA Ian Fleming Steel Dagger Award later this month, we will interview all the shortlisted authors. This week we talk to Holly Watt to discuss her shortlisted book, To The Lions.

Amazing! It was such a fantastic longlist that I really didn’t expect to be on the shortlist. Frankly, I’m still very excited To The Lions got published in the first place.

If you could summarise To The Lions in ten words, what would you say?

Undercover journalists cross the world investigating the darkest of conspiracies

(I was always useless at headlines!)

Half and half! I knew the rough direction of travel for To The Lions, but some elements appeared from nowhere as I was writing. I think that’s why I love writing – the odd characters or twists that emerge as you write. Sometimes, I do write myself into a corner, and it takes a while to work it out. I spent over a decade on Fleet Street before writing this book, and at one point I ended up having lunch with one of my old colleagues to work out how on earth one of the characters would solve her current crisis.

I love thrillers that add an extra dimension to the genre – whether it is an unfamiliar location or unusual central characters. I like to be made to think (unless I’m very tired, in which case I need a straightforward page-turner.)

The winner of the 2019 CWA Ian Fleming Steel Dagger will be announced on 24th October.  The other shortlisted authors are Luke Jennings, Dan Fesperman, Stephen Mach Jones, Megan Abbott and Tim Willocks.  Look out for the next instalment from the shortlisted authors next week. 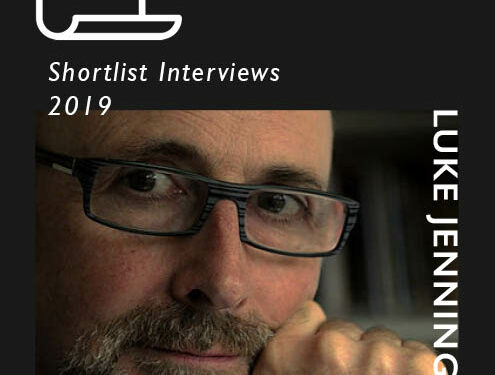