In May 2022, for the first time ever, Ian Fleming is going to be characterised in a video game. The planned first person adventure game is titled John Carter Warlord of Mars.

The all-action game, being published by Frazer Nash Communications & PR Ltd, is based on the creative works of novelist Edgar Rice Burroughs.

The central character, John Carter, was an interplanetary warrior in a series of classic Burroughs novels, dating back to 1912. Available on PC and Console platforms, this new game aims to bring Burroughs’ historic sci fi fantasy to a contemporary audience.

Diggory Laycock, of the Ian Fleming Estate Executive Committee and Director of Ian Fleming Publications, said, “We were intrigued when first approached with this idea and think it is a project fans of Ian Fleming will enjoy. I’m looking forward to seeing my great-uncle realised onscreen.”

Starting in 1945, the gameplay will centre on the soldier John Carter, working on a mission to find Hitler’s secret projects operation. The orders for this mission come directly from Fleming, triggering the start of an epic sci fi adventure in which John Carter finds an experimental technology that ultimately transports him to Mars.

Within the game, Fleming will be bought to life as the commander of a special WWII intelligence unit, known as T-Force, paying homage to his real-life exploits during the war.

An exclusive licence covering Ian Fleming’s involvement has been granted to the game’s publishers, FNCPR Ltd. Frazer Nash, Managing Director of FNCPR Ltd, said: “This game is a real melting pot of traditions and genres. As an adventure based on the works of Edgar Rice Burroughs, it was already shaping up to be a fusion of classic literature and cutting edge gaming technology. However, by celebrating Ian Fleming’s intelligence work in the war – which inspired him when creating the tales of 007 – and weaving him into the story, we have taken the game to another level.

Not only was he a legendary author, he was a genuine military man, accustomed to sending Britain’s bravest into extreme situations. That’s a quality that will certainly come to the fore in John Carter Warlord of Mars.”

With initial work on the game underway, the next step in the process will be the launch of a crowdfunding initiative, which will fund the next stage of development. Find out more at http://jcwom.com/.

7th October 2021
Previous
THE WRITER, THE SPY AND THE SILVER BEAST – JOHN GARDNER’S 007 Read more
Next 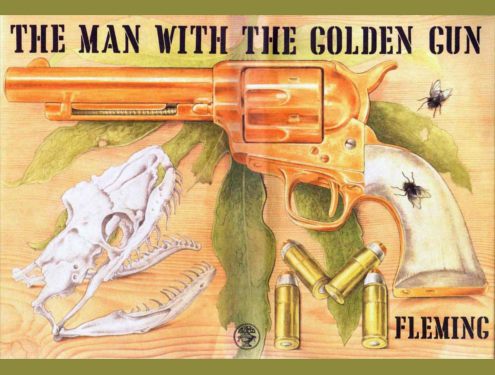