We’re thrilled to announce that next year, Chitty Chitty Bang Bang will take to the skies once again, remodelled as a children’s picture book. This stunning new edition of Ian Fleming’s classic children’s story will be brought to life by an award-winning creative team: adapted by Peter Bently with art by Steve Antony.  Hachette Children’s Group secured publication rights and their Senior Publisher Anne McNeil expressed their enthusiasm for the project: ‘Chitty Chitty Bang Bang is a much-loved classic story with masses of fans. Peter Bently’s fun adaptation of Ians Fleming’s original text will introduce the story to a new generation, with gorgeous artwork from bestselling illustrator, Steve Antony.’

Chitty Chitty Bang Bang was Ian Fleming’s only story for children and follows the adventures of a car rescued from the scrapheap and transformed into a magical flying car with a mind of her own.  It was later adapted for the screen by Roald Dahl and became a much-loved musical film starring Dick Van Dyke.  Ian Fleming Publications are extremely proud of the new re-telling of Fleming’s story: ‘We’re delighted to work with Hachette Children’s Group to make Ian Fleming’s Chitty Chitty Bang Bang come alive for younger readers.  And the creative team in charge of remodelling Chitty are second to none; we can’t wait to see them work their magic and watch Chitty soar to new, unexplored heights.’

Peter Bently is the prize-winning author of many books for children, including a picture book retelling of The Hundred and One Dalmatians, King Jack and the Dragon (an American Library Association Notable Book of the Year), Cats Ahoy (winner of the Roald Dahl Funny Prize), and the hilarious The Great Dog Bottom Swap. For Hachette Children’s Group, his books include: A Home Full of Friends, The Cat and the Mouse and the Runaway Train and The Tooth Fairy’s Royal Visit.  Peter explained why he became involved in the project: ‘Chitty-Chitty-Bang-Bang has been a favourite of mine since childhood. I am both delighted and honoured to have the opportunity to bring the great Ian Fleming’s amazing flying car to a picture book audience.’

Steve Antony is an award-winning, bestselling children’s book writer and illustrator. His 2014 debut, The Queen’s Hat, won the Oscar’s First Book Prize, was nominated for the Kate Greenaway Medal and was shortlisted for a clutch of awards, including the Waterstones Children’s Book Prize. Steve’s other books include Please Mr Panda, which was a London Times Pick of the Week and a Barnes & Noble Book of the Month. Steve’s books have sold over 1 million copies and in 17 languages worldwide.  Here is what he had to say about creating artwork for this reimagined children’s classic: ‘As a child, I loved Chitty Chitty Bang Bang. Never in a million years did I imagine that I’d one day be asked to illustrate a 21st Century Chitty for a whole new generation of children to enjoy. I feel extremely honoured.’ 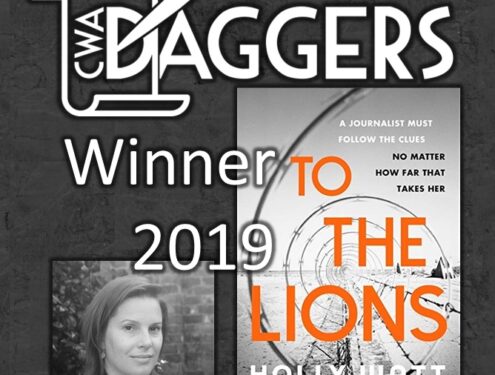