We are delighted to announce that Vintage UK have released new hardback editions of Casino Royale, Live and Let Die and Goldfinger.

These stylish new editions are sure to grab the attention of Bond and Fleming fans as they feature material from the Ian Fleming and Jonathan Cape archives and introductions by John Cork which provide new insight into the history of 007 and his creator. The novels are wrapped in stunning new covers designed by Budapest-based graphic designer and illustrator Levente Szabó, whose work includes projects for BAFTA and the Hungarian Design Council.  The cover illustrations cleverly pull together different characters and plot lines from the novels to form a dramatic silhouette. Cohesive and stylish, the covers were a labour of love for Szabó, who says:

Working on the James Bond covers was both an enormous honour and a very exciting challenge. We had to find a fresh, unique look for the series while remaining faithful to the source material.  It was a long process until we found the right form and I hope that fans of the series will like what they see.

The design for Casino Royale combines the urgent energy of the car chase sequence with the smouldering atmosphere of the casino at Royale-les-Eaux.  A whisper of love and a whisper of hate, the all-important nine of hearts from Bond’s baccarat showdown with Le Chiffre, cascades down to meet an explosive finish which reflects the action and tension of the novel perfectly.

Live and Let Die uses a beautiful colour palette to depict the night dive 007 must make to try to thwart his enemy.  Shoals of fish dance around Bond as he makes his way towards Mr Big’s boat, the Secatur, while the silhouette evokes the omnipresent malevolence of voodoo which plagues Bond’s mission.

The design for Goldfinger showcases the novel’s famous golf scene with the unmistakable shadow of Oddjob watching Bond’s every move.  The plummeting stratocruiser adds texture and danger to the design and is melded together with all the other elements to form the silhouette of Goldfinger with his sinister and impenetrable gaze.

As well as designing the books’ covers, Szabó has produced decorative endpapers for the editions which provide an additional special flourish.

Each edition also includes new introductions by screenwriter, author and documentary filmmaker John Cork. He has co-authored three books on the James Bond phenomenon and he wrote and directed the documentary, Ian Fleming: 007’s Creator.  The introductions provide fascinating insight into the three novels and Cork explains his inspiration here:

James Bond, of course, needs no introduction. Yet, I think it adds something to shed some light on when and why Ian Fleming wrote these wonderful adventures. My interest in James Bond stretches back to when I first read Fleming at the age of twelve. Over the years, through a series of documentary and book projects, I’ve not only been granted access to Ian Fleming’s professional archives, but I’ve also interviewed many who knew Fleming personally. Just as importantly, I’ve taken a keen interest in the real events that helped shaped the Bond novels. It is a great honour to be asked to dig into my files and offer a glimpse into Ian Fleming’s world. A lot of care has gone into these new editions, and I can’t think of a better way to bring the original 007 to today’s readers.

Ian Fleming Publications have worked alongside Vintage UK to create these beautiful editions and great care was taken in the selection of the three adventures.  Nick Skidmore, Editor at Vintage, explains:

Alongside Casino Royale, Live and Let Die and Goldfinger represent the best-loved of Ian Fleming’s James Bond books. These novels not only established the character and iconography of Bond that we still love today, they also proved Fleming’s mettle as a first-class writer wrapped up in exploring the extravagances and excesses of a post-war world.

We’re thrilled to present this electrifying set which combines scintillating designs and fascinating new intel with some of the finest writing from Fleming’s typewriter. Just in time for Christmas, the new hardbacks were released in the UK on 2nd November and are priced at £12.99. 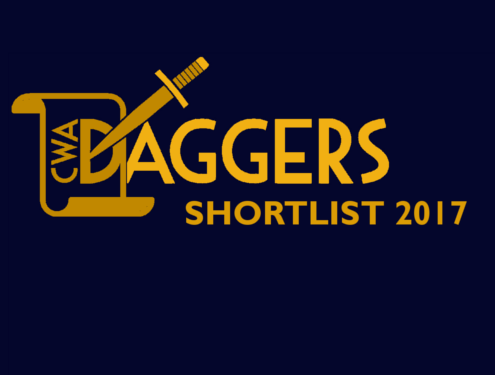 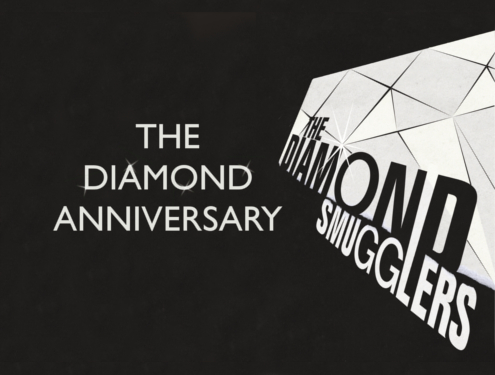 The Diamond Smugglers Read more
Sign up to
our newsletter