This autumn will see the launch of a comic book series tracking James Bond’s service during the Second World War, ‘War Years’.  Our publishing partners Dynamite Entertainment and Creative Consultant Mike Lake (co-founder of Forbidden Planet) are in the process of working with some top creative talent to chart James Bond’s journey from school boy to secret agent.  These comics will put James Bond in the heart of the action as he fights for King and Country and the fate of the world at large.

In You Only Live Twice, Ian Fleming tantalised readers with clues into James Bond’s past and his years during the War were outlined as follows;

‘By now it was 1941 and, by claiming an age of nineteen and with the help of an old Vickers colleague of his father, he entered a branch of what was subsequently to become the Ministry of Defence. To serve the confidential nature of his duties, he was accorded the rank of lieutenant in the Special Branch of the RNVR, and it is a measure of the satisfaction his services gave to his superiors that he ended the war with the rank of Commander.’

Dynamite began a new series of James Bond comics with Vargr by Warren Ellis, and have continued with some top name creative talent including Kieron Gillen (Service), Benjamin Percy (Black Box) and Andy Diggle (Hammerhead, Kill Chain). These adventures through the Second World War will be a new direction running alongside the present-day storylines, delving deeper into the past of Fleming’s Bond in his original period. To find out more about all of our comics and graphic novels, click here or head to Dynamite.com.

We can’t wait to follow Bond through the dark and dangerous world of the 1940s when the stakes were high and where heroes were born.  Look out for more news on this exciting project throughout the summer.

The picture above is featured courtesy of Fionn Morgan and may be licensed upon request through Ian Fleming Images. 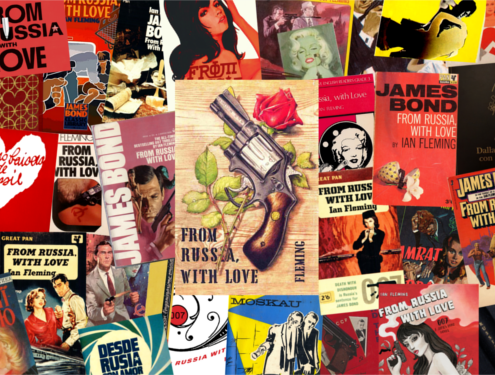 From Russia with Love 60th Anniversary Competition Read more
Next 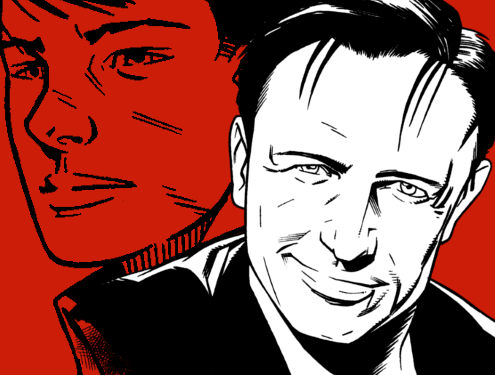