Agent in the Field: Kev Walker Kev Walker is a British comic book artist.  He illustrated the Young Bond series and has now been charged with creating cover art for the forthcoming James Bond Origin comic book series.  We catch up with him to discuss his experiences with Bond and his life as an artist.

You are building up quite a portfolio of work with us. Have you always been a James Bond fan?

Absolutely, Bond is one of those iconic characters, you can’t miss. I came to the novels quite late, but I certainly watched all the movies from a young age. Young Bond was my chance to become a fairly prominent part of the whole James Bond universe.

We absolutely loved your artwork for all of the Young Bond books. As well as the SilverFin graphic novel, you created fabulous profiles of the characters for each of the other books. Which was your favourite Young Bond character to draw?

Actually I have a favourite Young Bond Book, it’s the one which I enjoyed drawing all the Characters, and that’s ‘Double or Die’. I loved the whole setting, with the analytical engine and the communist enemy, the whole feel of it being like one long chase in grim weather. It’s the one where James trashes his aunts Bentley. James and his Aunt Charmian in Young Bond

You also created action scenes for the Young Bond novels.  Do you have a favourite amongst these?

My Favourite Action scene would be from Steve Cole’s Red Nemesis, where James confronts Mimic in the slum apartment. You’ve created some brilliant covers for our upcoming James Bond Origin comic series, where did you get your inspiration for these?

I can’t take the credit for that. I was asked to come up with Bond pin-ups that we’re reminiscent of WW2 propaganda posters. I didn’t want to go too close, because the image still has to work as a cover or whatever, but that’s how I came up with the idea of using the same formal layout design on each illustration.

What is your process for creating covers and how does it differ to illustrating comic strips?

It’s actually the same process, rough sketches, finished pencils, inks and colours, with consultation in between each step. The difference is you don’t have to worry about continuity and narrative flow. You’re trying to tell a story in a single image. Which artists inspired you to become an artist and are there any contemporary comic artists you aspire to or admire?

I have too many favourite artists, the ones that made me want to become an artist in the first place were people like Ralph McQuarrie, Chris Foss, just masses of influences from all over the place. When you realise, as a teenager, that there are plenty of people making a living at it, you have to be single minded, stubborn and a bit selfish to focus on doing it, despite all the naysayers that tell you you’ll never get a job in art… like my art teachers when I was 12 (and I have that in writing). The people that I admire now? Crikey, that would fill a book all on it’s own, there are so many artists, some who I now call friends, that I always lookat and think ‘I wish I could draw like that’.

What advice would you give to young people who want to pursue a career as an artist?

The trick is to keep doing the things that make you happy, always keep looking, and don’t be afraid to try new things.

Do you feel like your environment affects how you work? Where do you usually do your best work?

I have a converted attic where I’ve been working for the last 10 Years. A comfy chair and a table pitched at just the right angle, good lighting, a fan in summer and a heater in winter. I used to be able to work with music, but now I can’t. Any repetitive beat and I stop working and start listening to the music instead. I stream a lot of stuff on my iPad, documentaries, any weird drama that I can listen to in the background while I work. You are based in West Yorkshire which seems to be an epicentre for comic book artists and fans alike with the Thought Bubble festival being a key event in Leeds’ cultural calendar. What do you think of the recent boom of comics in this area of the UK?

Thought Bubble is a major event I try to attend every year, and I will be there this year. There’s actually a surprising number of creators that live and work in and around Leeds. I think as the city itself has flourished, the Universities have got bigger, making it such a fertile place for ideas and creativity.

What other exciting projects have you got coming up this year?

I’m just finishing, right now as it happens, my latest run on Star Wars: Doctor Aphra for Marvel. #25 is the climax of the arc and then I go onto something else which I can’t talk about because it’s a secret. I’m also still doing paintings for Magic: The Gathering at a steady pace.

To get the latest news and updates on the James Bond Origins graphic novel series be sure to check out the Dynamite website. 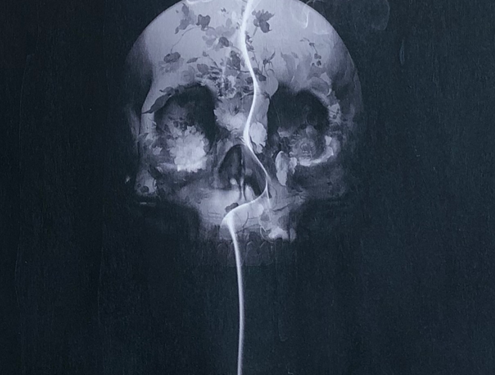 Bond at Bletchley Read more
Next 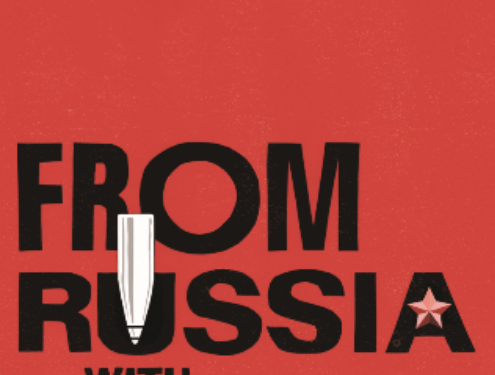 Red Grant Read more
Sign up to
our newsletter