As the announcement for this year’s winner of the CWA Ian Fleming Steel Dagger draws closer, we interview each of the shortlisted authors.  In no particular order, we’re starting with last year’s winner, Mick Herron, whose book London Rules is the fifth in the Jackson Lamb series.

It’s always a thrill to be on an award shortlist, and the Ian Fleming Steel Dagger, with all the associations such an eminent name carries, is a very special one indeed. And, being in the happy position of having won one before, I can assure you the Dagger looks very nice on a bookshelf.

If you could summarise London Rules in ten words, what would you say?

If I could summarise it in ten words, I’d have written a haiku instead of a novel. But I suppose I’d go with something like: “Guns, penguins, Brexit, paint, sad spies, yellow cars, more guns.”

I plan and plot a bit, but there are always so many gaps that need filling in that it feels like I’ve jumped straight in.

Hypocritical as it may seem in the context, I hate narrowing my enthusiasms down to a shortlist … But here goes. The thriller I’ve enjoyed most in recent months is Manda Scott’s A Treachery of Spies. Writers whose new books I save for holiday treats include Tim Weaver, Belinda Bauer and Harry Bingham. And for Greatest Living Thriller Writer, I’d plump for Martin Cruz Smith.

Wish I knew! But there’s no formula, I don’t think; just a spark that some writers – like those I’ve just mentioned – seem to have. 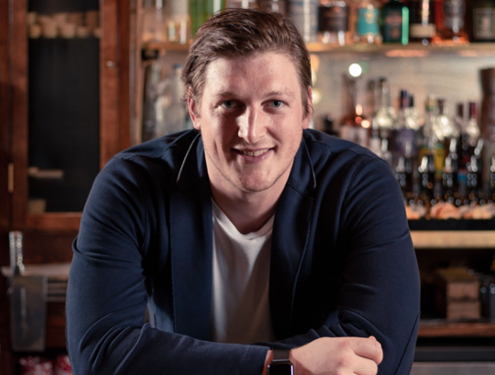 Interview with Edmund Weil Read more
Sign up to
our newsletter