First it COUGHS . . . Soon it SPLUTTERS . . . Then it CHUGS . . . Next it ROARS! It’s no ordinary car, it’s a car with a mind of its own! This is a car that can FLY! Race into adventure with the first-ever sequel to Chitty Chitty Bang Bang by Ian Fleming.

Jem thought Dad had lost his marbles. The whole family going on a tour of the world in a clapped-out camper van – Mum, Dad, grumpy sister Lucy and baby Harry? Please, NO! But this is no ordinary camper van. Equipped with an engine with an amazing past, it can go fast. Very, very fast. And not necessarily on the road. Or even on the ground. In fact, it’s almost as if it has a mind of its own – and it wants to take them all on a magical adventure.

Frank Cottrell-Boyce is a British screenwriter and award-winning novelist, best known for his children’s book Millions and for writing the 2012 Summer Olympics opening ceremony.

Joe Berger is an illustrator and writer of children’s books, and a recurring comic strips and cartoons artist for several publications. It is one of his greatest joys to tell jokes in cartoon form. 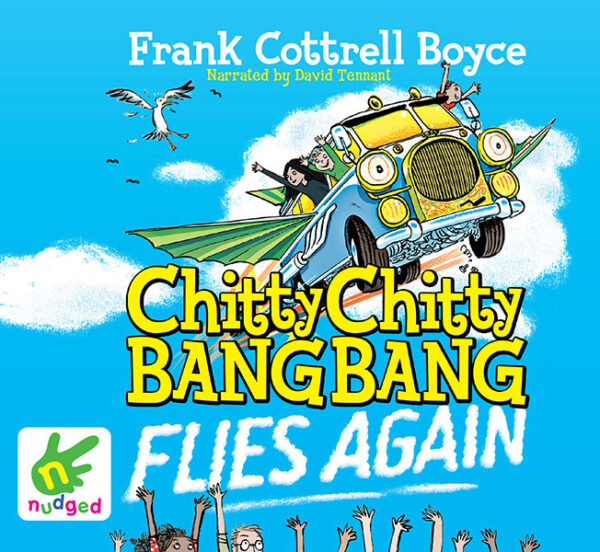 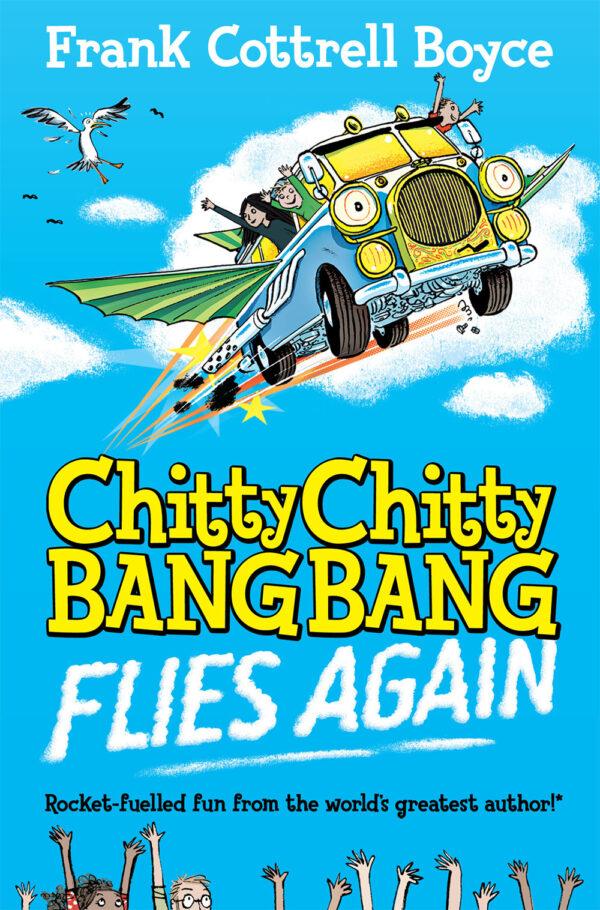 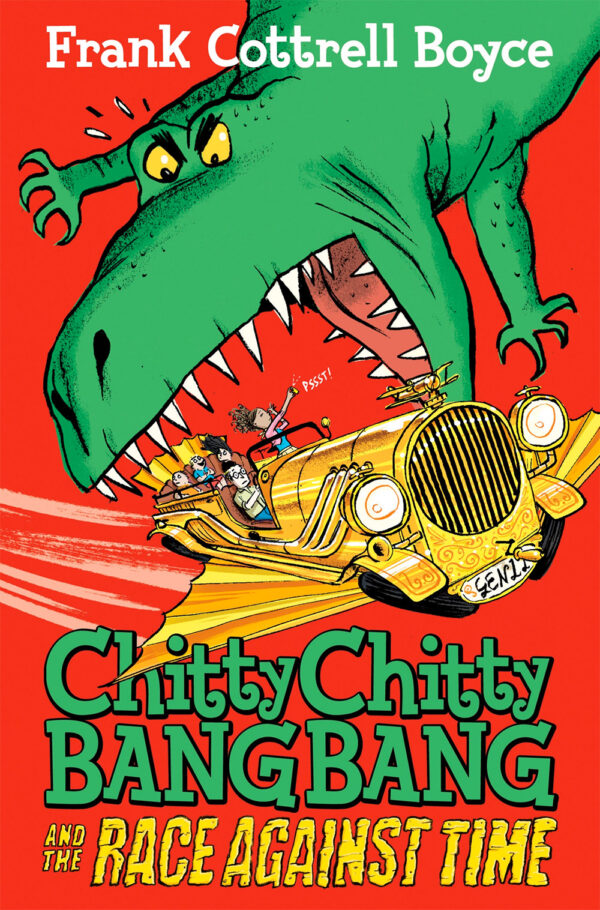 Chitty Chitty Bang Bang And The Race Against Time 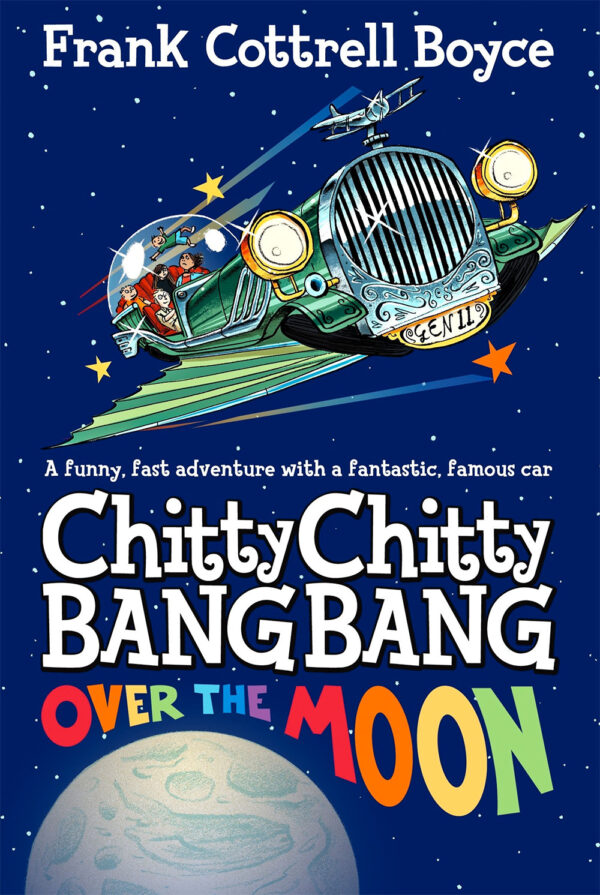 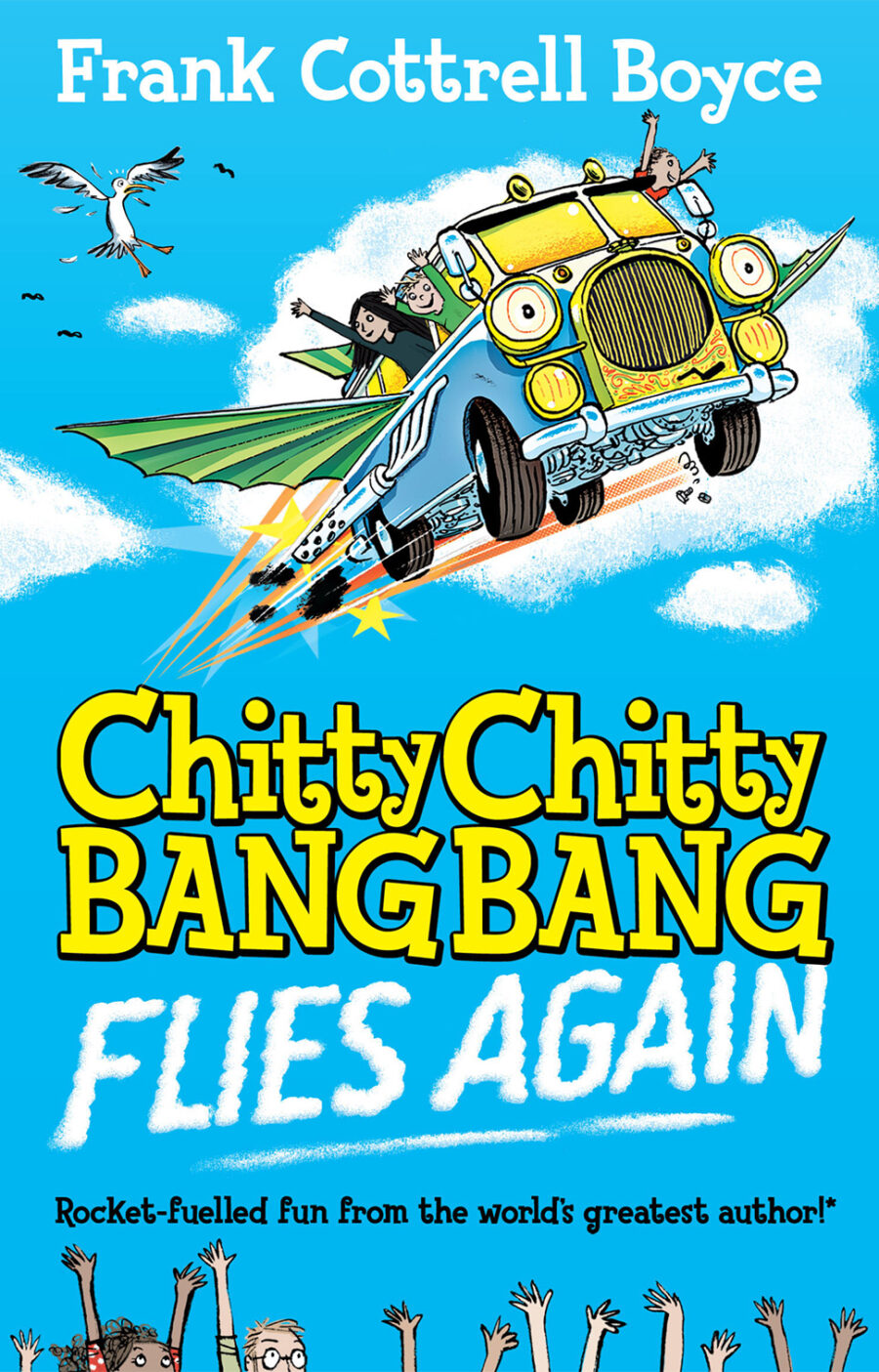