Felix Leiter first appeared alongside James Bond in Ian Fleming’s very first novel, Casino Royale, published in 1953. He would later make appearances in Live and Let Die, Diamonds Are Forever, Goldfinger, Thunderball and The Man with the Golden Gun, making him one of Bond’s most frequent allies throughout the books.

Now, Felix Leiter returns in a new story from writer James Robinson and artist Aaron Campbell, which begins with the ex-CIA agent treading the streets of Tokyo to identify a hostile operative as a favour to Tiger Tanaka (head of the Japanese intelligence service).

But the operative he’s been sent to tail is no stranger – she and Felix have history in the field, and old scores to settle.  It’s not long before he’s embroiled in a desperate attempt to thwart a terrorist conspiracy. This is Fleming’s world, with a strong sense of Noir befitting Felix’s Pinkerton Detective days.

James Robinson has written comics for both Marvel and DC, penning arcs for Batman, Superman and The Fantastic Four amongst many others. He is also the co-creator of the character of Starman for DC.

Aaron Campbell is an artist who has worked on Green Hornet: Year One and The Shadow. He has also drawn a six-issue arc of Uncanny

It was supposed to be easy. 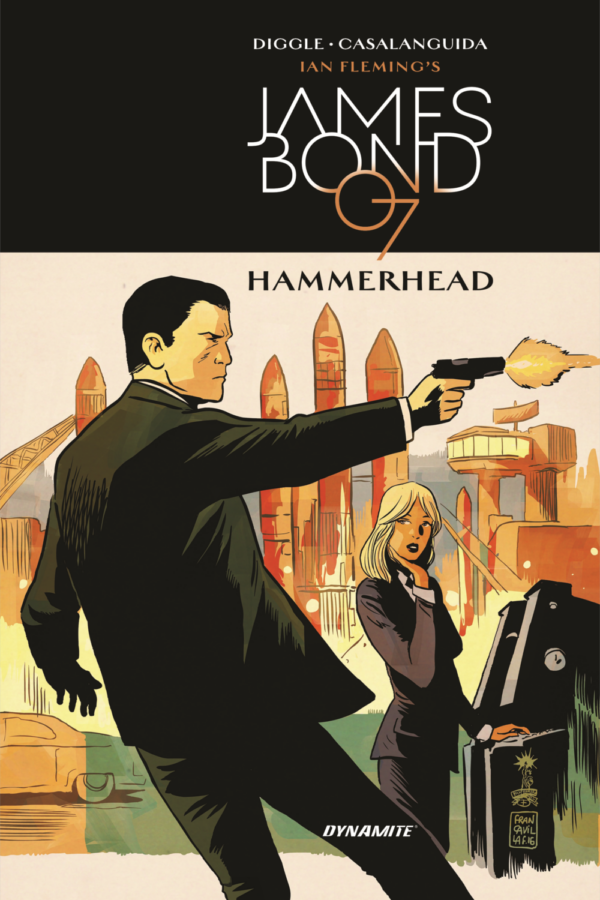