From writer Kieron Gillen and artist Antonio Fuso comes a James Bond standalone special comic, in which Bond’s skills are required on home soil to prevent an assassination which could rupture British-US relations irrevocably.

The new US Secretary of State, boisterous isolationist Alexander Thomas, is due for a visit to London which will include an address from the Imperial War Museum. Amidst the antique weaponry and relics of bygone wars he will speak on the fragility of the Special Relationship, and the obsolescence of the service provided by the UK to the US in the modern era. Despite the affront, the Secret Service musters extra security for the speech amidst mounting tension. Enter, James Bond.

After liaising with his old CIA friend Felix Leiter at the speech venue, James is briefed by M on the situation at large, and some worrying messages SIS has been receiving written in antiquated code. If there is a threat implicit in the messages, it is Bond’s job to track down the source and neutralise if necessary – with international political stability at stake, caution and thoroughness are paramount.

Following the trail Bond heads out into the British countryside, heading towards a homegrown danger with a score to settle against the arrogance of America.

This home soil story by Kieron Gillen is brought to life with art by Antonio Fuso, colours by Chris O’Hallaran, letters by Simon Bowland and cover art by Jamie McKelvie.

Kieron Gillen is a writer of comic books and former video game journalist. He has worked for publications such as PC Gamer UK, The Guardian and Wired. He has written for Marvel and penned titles like Thor and Uncanny X-men.

Antonio Fuso is an artist whose works include Torchwood for Titan Comics, Tales from Mega-city One as part of Judge Dredd Magazine and the Sinister Dexter series. Fuso has also worked extensively for Marvel Comics.

The globe-trotting glamour in this job has gone distinctly downhill in recent years. I remember when it was all bikinis and sports cars... 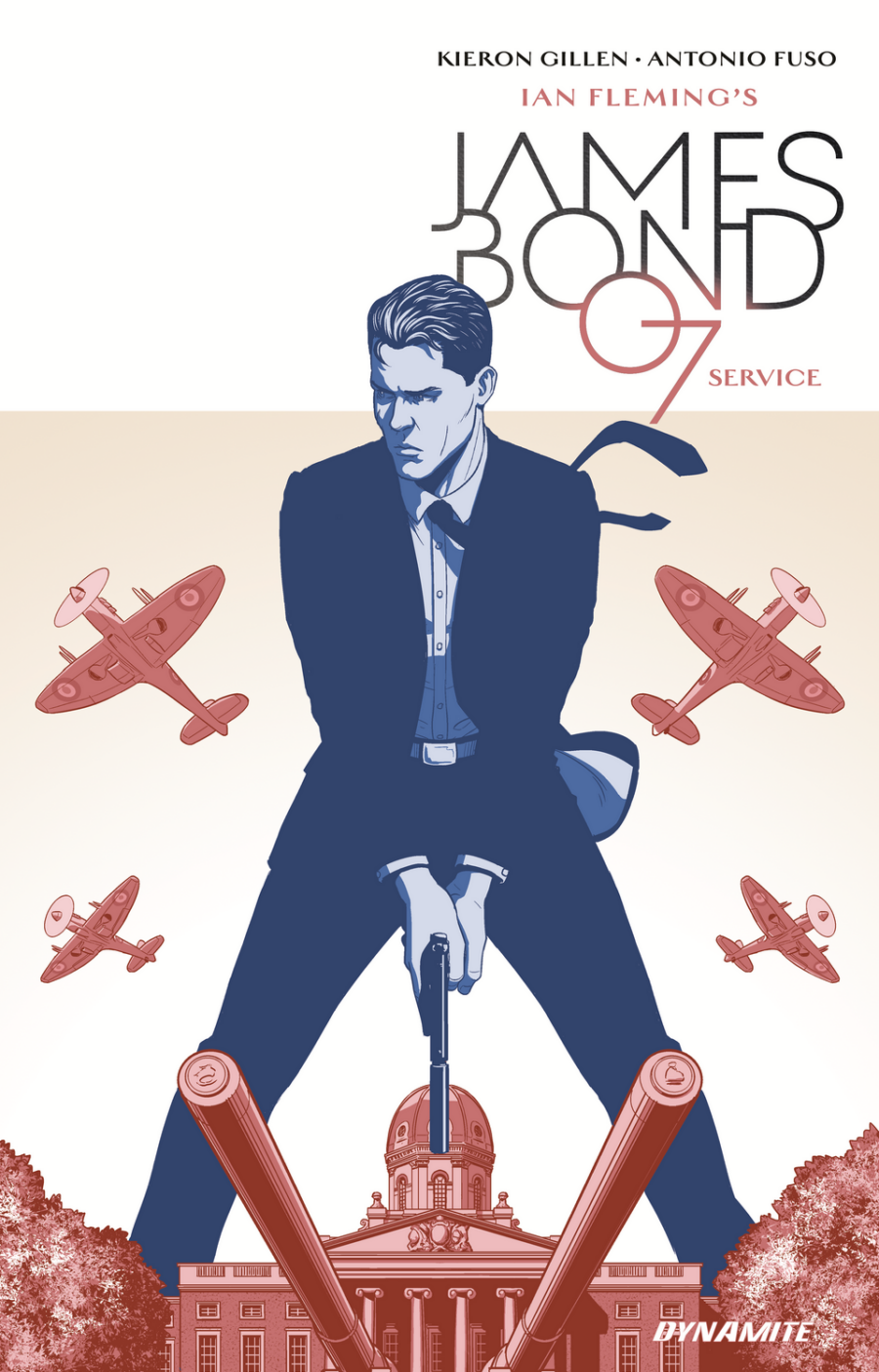