Writer Warren Ellis and artist Jason Masters join forces to bring us the first chapter of a new Bond for the world of comics, published by Dynamite Entertainment. James Bond is as Fleming conceived, but finds himself in a modern world with his roster of colleagues, including M, Moneypenny and Bill Tanner, alongside him once more.

In Vargr, James Bond returns to London and assumes the workload of a fallen 00 Section agent, but not before he has hunted down his comrade’s murderer in Helsinki.

After a scolding from M, his new mission takes him to Berlin, presumably to break up an agile drug trafficking operation. But Bond has no idea of the forces gathered in secret against him, the full scope of an operation that’s much greater and more lethal than he could possibly imagine. Berlin is about to catch fire… and James Bond is trapped inside.

Bond will have to contend with ruthless killers, double-crossing allies and groundbreaking new weaponry, not to mention Major Boothroyd joking about his favourite Walther pistol (‘This is a gun for ladies, 007’). All six issues of the Vargr story line are collected in this graphic novel, along with bonus concept art and variant cover showcase.

Warren Ellis is an award-winning writer of graphic novels including Transmetropolitan, Fell and RED. He is also the author of the bestselling ‘underground classic’ novel Crooked Little Vein.

Jason Masters is a comics artist who has worked on multiple titles for DC, including Batman, and the Wolverines series from Marvel. He has also provided his talents for three RED graphic novels.

'Get me on a military plane. And give me my bloody gun back. Sir.' 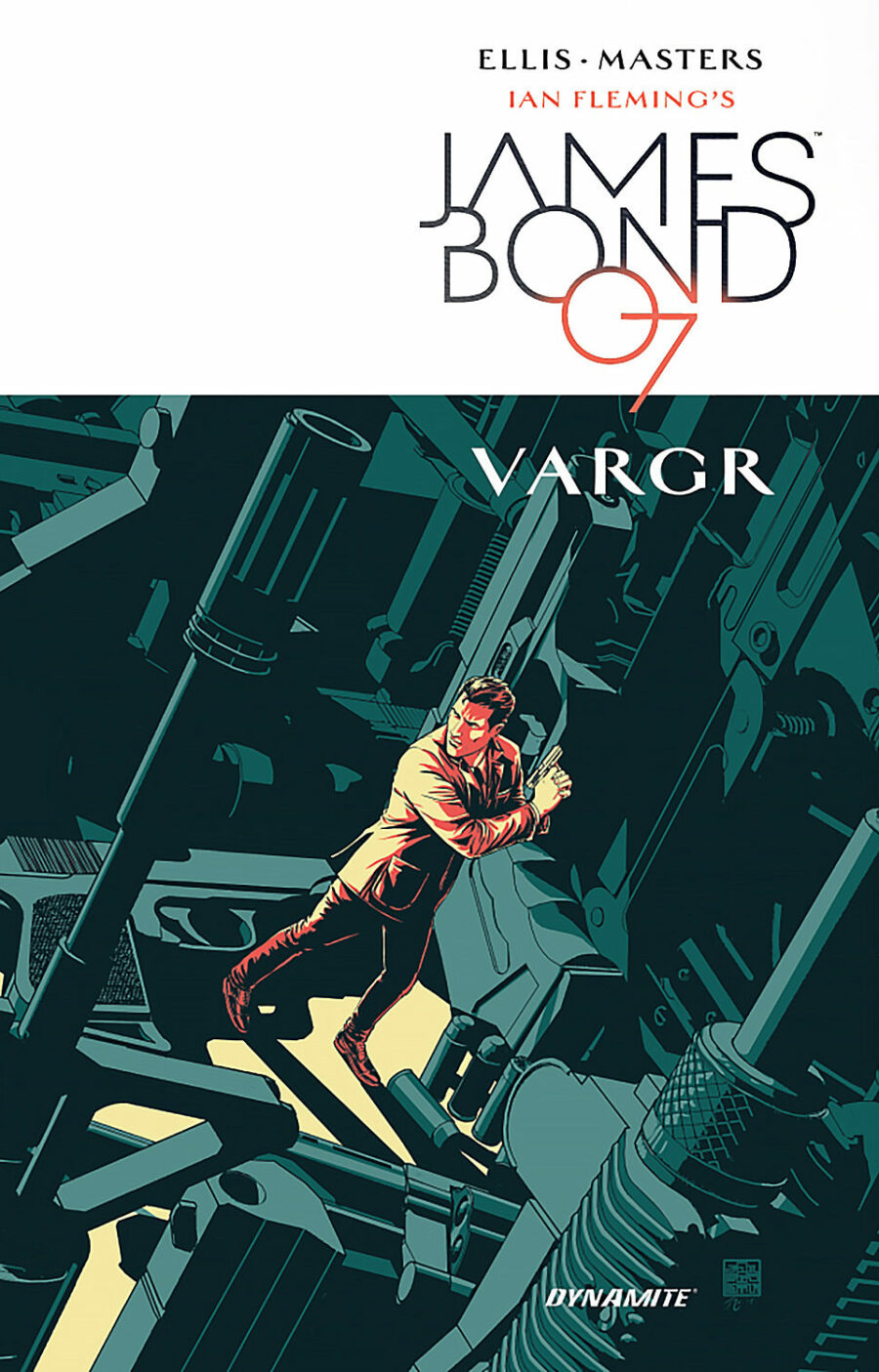