Tom Cull of literary007.com returns to draw the links between Moonraker and Trigger Mortis, and to figure out the position which Fleming’s third novel holds in the minds of fans and critics alike.

One of the main of conceits of Anthony Horowitz’s new James Bond novel Trigger Mortis is the Russian-backed villain, Jason Sin’s plot to deal a symbolic blow to America using a V2 rocket – a throwback to Ian Fleming’s Cold War era novels. As we know, the chronological antecedent to Mr. Horowitz’s novel is Goldfinger, but much of this new book’s DNA can be traced back to Fleming’s 1955 masterpiece, Moonraker.

Moonraker stands unique in many ways amongst the Fleming canon and indeed many, myself included, consider the novel some of his finest work.

The seeds of Moonraker had been germinating for years in Fleming’s mind after his wartime experiences. The bitter after-taste of the Nazis and their terrible bombing by their V1 rockets in 1944 had a profound effect on him, not least the death of his friend Muriel Wright, killed during an air raid in March 1944. They had met during the summer of 1935 at a ski resort in Kitzbühel in the Austrian Tyrol.

A few years later on December 16th, 1951, Fleming and his now wife Ann, took over the lease of his great pal Noel Coward’s beach front home ‘White Cliffs Cottage’ at St. Margaret’s Bay in Kent. Ian loved it there and could indulge his love of golf at the nearby Royal St. George’s Club, thrash down the Dover Road on his commute to London and enjoy keeping an eye on the passing ships in the Channel.

By 1955, the Cold War was dipping to frosty temperatures. Burgess and Maclean had defected in 1951 (although not made public until 1956); in 1953 Nikita Khrushchev had become Soviet leader and the Warsaw Pact was formed in 1955. Fleming’s own commando unit – the 30AU – had been involved in the secretive targeting and capturing of Nazi scientists in 1945; work later carried out by the T-Force.  One such scientist was Wernher von Braun, a member of the Nazi party and the SS, who was credited with the creation of the V2 rocket who subsequently surrendered to the Americans to then be recruited under their program Operation Paperclip.

All in all, rich seams to mine for Fleming and Horowitz, but Fleming waited until this third book to finally get it down on paper. Now fully ensconced at White Cliffs cottage it seemed the right time, but it did not have an easy birth. Fleming explained that the novel emerged from a failed attempt to sell a film script to the Rank Organisation:

“This was written in January and February 1954 and published a year later. It is based on a film script I have had in my mind for many years. I had to more or less graft the first half of the book onto my film idea in order to bring it up to the necessary length”. (From Fleming’s inscription to his own copy)

In the novel, the chief villain Sir Hugo Drax employs fifty scientists to work on a missile based at the foot of the White Cliffs between Dover and Deal. Drax, whose name was borrowed from the wonderfully named Sir Reginald Aylmer Ranfurly Plunkett-Ernle-Erle-Drax and Fleming’s brother-in-law Hugo Charteris, was the perfect combination of a traitorous former Nazi under the employ of the Russians, who had ingratiated himself into British society. He was believable and a threat that was close to home for British readers.

Nicholas Rankin, author of ‘Ian Fleming’s Commandos’ also sees Moonraker as the perceived threat in the “British reliance on German scientists and German technology – even in motor cars, British was best.” And so perhaps began Fleming’s penchant for overt branding (or product placement in today’s parlance) still seen as a powerful rallying cry for politicians and the Bond film franchise. In Moonraker he pits Bond’s Bentley against Drax’s Mercedes. No prizes for guessing the winner but the meta-branding effect works and you remember the car Bond drives.

The setting, villain and the particularly British Bond girl all give Moonraker the noir-ish feel of a detective novel in the vein of Eric Ambler or John Buchan. It also gave a more realistic insight into the everyday life of a secret service agent:

“It was only two or three times a year that an assignment came along requiring particular abilities. For the rest of the year he had duties of an easy going senior civil servant – elastic office hours from around ten to six; lunch, generally in the canteen; evenings spent playing cards in the company of a few close friends, or at Crockfords; or making love with rather cold passion to one of the three similarly disposed married women; weekends playing golf for high stakes at one of the clubs near London”

Even the distractions of the Bond girl are ancillary to this mission, which as a result gave us the most believable Bond girl of all in Gala Brand. Gala is engaged to be married, which offers a fresh challenge to Bond. There are real moments of pathos and wistfulness in Bond’s relationship with Brand resulting in some of the most romantic prose Fleming ever wrote, but even he knows when he’s beaten and has to “take his cold heart elsewhere.”

“’I was going to take you off to a farmhouse in France,’ he said, ‘And after a wonderful dinner I was going to see if it’s true what they say about the scream of a rose.’

She laughed. ‘I’m sorry I can’t oblige. But there are plenty of others waiting to be picked.’”

A steel dagger even to Bond’s cold heart.

In Susan Hill’s introduction to the Vintage edition of Moonraker, she considered the book the only one Fleming used to “tackle a subject of real and serious contemporary concern.” Why is it only the favourite book of Bond aficionados rather than the casual reader? Responses to the novel are mixed; some readers bemoaning the lack of exotic locations: “We want taking out of ourselves, not sitting on the beach in Dover.” (Matthew Parker, Goldeneye. London: Hutchinson 2014).

Audiences at the time can be forgiven for this gripe off the heels of the highly exotic Live and Let Die.

The novel is estimated to have been set in 1953, which was a confusing time for Britain transitioning out of an Empire that Fleming’s novels in general reflected. He presented a conflicting view of the world, on the one hand a conservative traditionalist and on the other a libertarian. Historian David Cannadine said in his 1979 paper ‘James Bond and the Decline of England’: “Bond’s England is unashamedly the England of post-war Conservatism.” And make no mistake about Moonraker. Fleming sent Bond to do a job on behalf of the Free World, ‘The West’ or even England in the fight against communism.

“The tough man of the world. The Secret Agent. The man who was only a silhouette.” 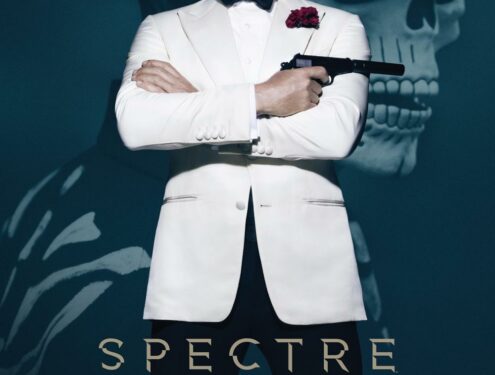