The Welcome Return of Colonel Sun

Tom Cull of Artistic Licence Renewed returns to the very first continuation novel by Kingsley Amis following its Vintage reissue, discussing the story behind the novel and its relationship with the Eon Bond film, SPECTRE.

“So James, I am going to where you are, the inside of your head.” says Ernst Stavro Blofeld in the latest James Bond film SPECTRE.

Blofeld proclaims that he is the architect behind the many ghosts of Bond’s past and if this line echoes with the sharp-eared Bond fan, then many might have recognised this from the very first James Bond continuation novel – Colonel Sun by Sir Kingsley Amis CBE under the not-so-secret pen name of Robert Markham.

Originally published in 1968 and recently republished by Vintage books in 2015, this book was and still is a surprise to many who associate Amis with award-winning literature on diverse subjects. And yet, it is of little surprise that he did write a Bond novel. In 1968, four years after Ian Fleming’s death, Ian Fleming Publications (then Glidrose) asked Amis if he would be interested to write a continuation novel; he was a popular writer already of course, but shrewdly on the commissioners’ part, they chose him because he was a Fleming fan.

Amis understood the high and low art paradoxes that existed in Fleming and the literary snobbery that befell him within some of his social circles. Amis’ own steadfast appreciation of wine and beer; classical music and pop or the Classics and Science-Fiction, motivated him to take time out to write a semi-serious literary criticism of Bond entitled The James Bond Dossier.

“There’s a whole series of absurd critical judgements on Fleming’s books that need to be set right” said Amis. “Bond has been turned into a lush-living, snobbish, lecherous, sadistic corrupting Fascist…But if you read with care you will notice for instance that there is a strong consistent moral framework to the books: Toughness, Loyalty and Persistence are the touchstones.”

This, coupled with Amis’ choice to teach Le Carré’s The Spy Who Came In From The Cold to students at Tennessee University demonstrates a lack of genre snobbery on his part. By delving this deeply into Fleming’s oeuvre, he was essentially attending a sort of Bond finishing school for authors. His first official mission would come quickly: Colonel Sun.

What works about Colonel Sun (originally called Dragon Island) – and which is true of the best continuation novels – is that Amis does not overtly impersonate Fleming, fall into pastiche or simply try too hard to match the originator’s style. Amis understood his own limitations in writing Bond as he documented in What Became of Jane Austen and other Questions in 1968. He couldn’t match Fleming for his great knowledge of technical minutiae, but he held detailed knowledge on diverse subjects (Lee Enfield rifles for instance) and more importantly he understood the ideology of Bond.

You may wonder also if Amis’ own brand of humour worked its way into the novel as Fleming’s did.

In part yes, but it is different from Fleming’s. Whereas Fleming’s dialogue often had a sense of the absurd and theatrical, Amis’ conversations have a more conversational rhythm and lightness of touch, seen for instance during Bond and Ariadne’s debate on Capitalism vs. Communism. The character of Litsas offers most of the light relief, as did many of Fleming’s supporting characters, but Bond does not play for laughs.

We also find a lower tech Bond, good with his fists and basic weaponry; Amis’ Bond was for men, not boys. Many of Fleming’s tropes are still there though. He plays golf (at Sunningdale) with Bill Tanner; drives a Bentley; lunches at Scott’s, that sort of thing.

Yet, Amis acknowledged the need to provide the reader with reassuring touch points to avoid any immediate dissonance with a fervent audience. Few of these things Amis did in his private life either: “Golf – a game I hope fervently to go to my grave without once having had to play – was there in the first sentence.” (What Became of Jane Austen and Other Questions p. 71)

Compared to Fleming’s novels M has an expanded role; we’re in the Greek Islands and like all of Fleming’s best novels, we get a brilliantly insidious master villain – the Chinese Colonel Sun Liang-Tan. Amis’ son Martin (who would become a novelist himself) approved: “Apart from the odd repetition or slightly inept term, the style is excellent. Just like Fleming.” (Amis & Son: Two Literary Generations)

The torture in Colonel Sun is arguably the book’s pièce de résistance. Sun literally gets inside Bond’s head. In the chapter titled ‘The Theory and Practice of Torture’, Bond is strapped to a chair in a cellar and Sun provides Bond with what is almost an education on torture methods.

“When an American prisoner in Korea was deprived of his eyes, the most astonishing thing happened. He wasn’t there anymore. He’d gone, though he was still alive.” (p. 278 Colonel Sun)

“So James, I am going to penetrate to where you are, to the inside of your head. We’ll make our first approach via the ear.”

But what caused Amis to station his Chinese super-villain in Greece?

For one, Amis was conscious of not re-treading old Fleming ground, so Jamaica and the USA were out. Yet he needed to match Fleming’s expert attention to detail, so a sojourn to the friendly islands of Ios and Naxos gave Amis enough time gen up on the scenery and local food and drink to add enough of what he coined ‘The Fleming Effect’. Bond eats manouri cheese; drinks light Mamos retsina and also Votris, the ‘only drinkable’ Greek brandy (according to Litsas).

As for choosing a Chinese villain, Amis was again keen to avoid re-hashing any of Fleming’s villains, save perhaps for Dr. No who was Chinese-German, as Amis recanted:

“Red China as a villain is both new to Bond and obvious in the right kind of way.”

Obvious perhaps, because by 1965 relations were strained between China and the rest of the world – and in particular Russia during the Sino-Soviet split resulting in border clashes. Amis would have been conscious of this and also of how attitudes in Britain during the 60’s were changing and another shift from the Fleming formula was to team Bond up with a female Russian agent. A whisper of From Russia With Love but with the notion that the Cold War against the Soviet Union was thawing as Bond suggests to Ariadne:

“If they’re telling you there that the United States is world enemy number one they need to catch up on their studies. The Kremlin knows perfectly well that the main threat isn’t the West any more, but the East. Surely that’s not news to you?”

Amis was brave enough to mould his own Bond while paying homage to its creator. With Colonel Sun, he set the benchmark for future continuation novelists and proved that Fleming’s Bond universe does welcome guests. 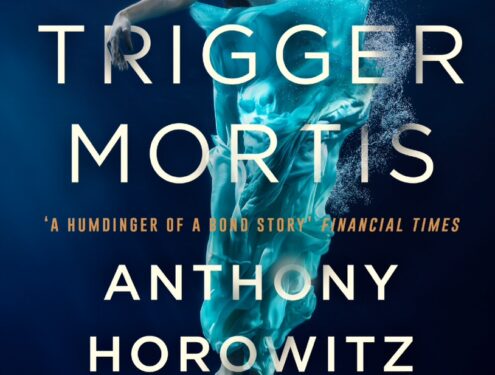